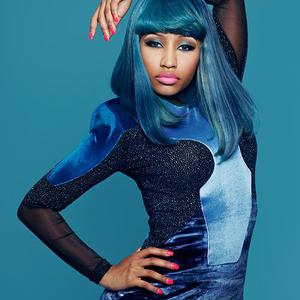 Pink Friday's lead buzz track, Massive Attack, features singer-rapper Sean Garrett and was released on April 13th 2010, peaking at #19 on the Billboard Top Heatseekers Songs chart. Your Love, the album's second single, was released on June 1st following a premature leak. The song peaked at #14 on the Billboard Hot 100 and at #1 on the Rap Songs chart, thus becoming Minaj's most successful single release to date.

Minaj has been creating mixtape tracks since 2004, and appeared in XXL magazine. In 2008 she won the Female Artist of the Year award at the Underground Music Awards.

Beam Me Up Scotty