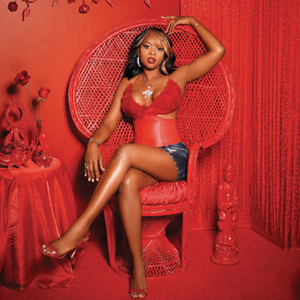 Reminisce Mackie Martin-Smith (born May 30, 1981 in Castle Hill, Bronx), better known by her stage name Remy Ma, is an American rapper and former member of Fat Joe's rap crew, Terror Squad. She was featured on the group's hit song Lean Back from their second album, 2004's True Story. Her debut solo album, There's Something about Remy: Based on a True Story, was released in 2006. In May 2008, she was sentenced to eight years in prison after she was found guilty of assault, illegal weapon possession and attempted coercion related to a fatal shooting outside a nightclub in 2007.

She married her fiance, rapper Papoose, outside the courtroom before she was sentenced, after he had tried to sneak a handcuff key into the prison where she was being held.

Remy has released five singles from her album There's Something About Remy: "Whuteva" , "Conceited", "Feels So Good", "Thug Love" and " "Lights Camera Action". "Conceited" was the most successful, however the album was largely a commercial failure selling only 225,000 units. The album got 3.5 mics from The Source magazine.

There's Something About Remy