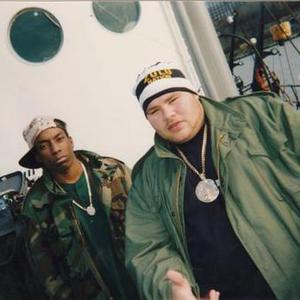 Fat Joe (born Joseph Cartagena on August 19, 1970) is a American rapper of Puerto Rican and Cuban heritage. Born and brought up in the Bronx, Joe was popular in the large underground hip hop scene during the early and mid-1990s. During this period, Joe was affiliated with KRS-One ? there are pictures online at KRS-One's Temple of Hiphop site showing the pair drawing graffiti ("bombing") together. He is also the most widely known member of the D.I.T.C. Crew (the "Digging in the Crates Crew"), along with smaller hip-hoppers such as Diamond D, Lord Finesse, O.

., A.G., Buckwild, occasional member Big L (deceased), and Big Pun (deceased). The title of the group refers to DJs who "dig in the crates" of used record stores to find rare or novel records with "breaks" that they could use as fat beats for production or in performances. Fat Joe has flirted with gaining mass recognition in the mainstream American music scene, most prominently in his massive cameos on songs by artists such as Jennifer Lopez.

Fat Joe's first single off his eleventh album is, "Another Round," a collaboration with Chris Brown. The Another Round Songfacts reports that it was his first Hot 100 hit for four years.

Fat Joe has also had major beef with his ex TS Crew member Cuban Linkz who was a part of Fat Joe TS Crew until they had a disagreement about money royalties and the pair had a fight and Fat Joe knifed Cuban Linkz on the side of his face. The beef has quiet down now but they are no longer friends and nor do they speak to each other.