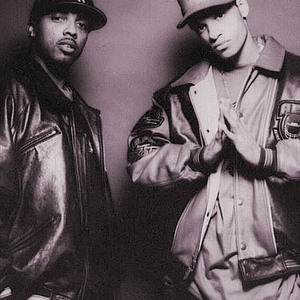 Lord Tariq & Peter Gunz were a rap duo consisting of Sean "Lord Tariq" Hamilton and Peter "Peter Gunz" Pankey. In 1996 the duo appeared on Whodini's album Six appearing on the track "Can't Get Enough", and assisting writing on 2 other tracks on the album. They had 2 hits in 1998 with the platinum single "Deja Vu (Uptown Baby)" which hit number 9 on the Billboard Hot 100 and was featured on their only album Make It Reign.

The album featured collaborations with major rappers such as Big Pun, Fat Joe, Sticky Fingaz, Kurupt and Cam'Ron. But the duo had no further hits and amicably split up shortly after. The son of Peter Gunz, Cory Gunz is also a rapper.

Lord Tariq has a solo album The Barcode that features Peter Gunz and his son Cory Gunz. Lord Tariq had also done a collaboration with Jay-Z and Shaquille O'Neal in 1998 on a song titled "Analyze This". A Remix later surfaced with Shaq's verse taken off and a new verse from Nas.