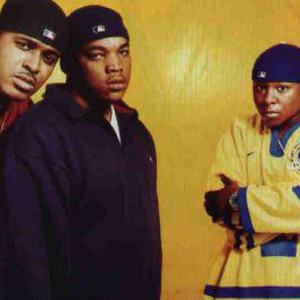 The LOX is a rap group from Yonkers, NY, founded in 1994 by Jadakiss, Styles P and Sheek Louch. Discovered by Mary J. Blige, they are signed to Diddy's record label Bad Boy Records and have released two albums on the label, 1998's Money, Power & Respect and 2000's We Are The Streets. In 2001 they changed their name to D-Block and Team Arliss, T. Waters and J-Hood joined the group, but J has since left. They have plans to release their third studio album, New L.O.X. Order sometime in 2009 or 2010.

They ended up leaving Bad Boy over financial disputes with record boss P. Diddy and were snapped up by the DMX-led Ruff Ryders. At that time they released We Are The Streets with the stand-out singles "Wild Out" and "Ryde or Die, Bitch". They expanded their group with the inclusion of new member, Jae Hood, and are now known as D-Block.

For a time, Diddy owned their publishing. They reinstated their beef with him even after performing together at Jay-Z's I Declare War concert; recently, however, Jadakiss and Styles P. appeared on popular NY radio station Hot 97.1 to plead for their publishing rights, a request which was granted.

As individual artists, each member of D-Block has released at least one album. Jadakiss released Kiss The Game Goodbye and Kiss of Death, Sheek Louch, Walk Witt Me and After Taxes, and Styles P., A Gangster and a Gentleman and Time Is Money. Jadakiss, one of the self proclaimed "top five dead or alive", has been the most commercially successful with singles "Knock Yourself Out", "We Gonna Make It", "Put Ya Hands Up", and "Why?"; Styles P. has released "Good Times (I Get High)", "Can you Believe It" featuring Akon, and "My Life" and Sheek Louch "Mighty D-Block (2 Guns Up)" and "Kiss Your Ass Goodbye".

In 2002-2003, Jadakiss and later the rest of The Lox were embroiled in a beef with Roc-a-Fella Records artist Beanie Sigel and the label head, Jay-Z. Today all parties have made peace.

Currently, they have dramatically increased their exposure and popularity and are frequently featured on mixtapes. They are now beefing with G-Unit after 50 Cent dissed Jadakiss for appearing on 50's nemesis, Ja Rule, single, "New York". The feud has grown to encompass both groups. Jadakiss responded to 50's "Piggy Bank" with "Checkmate". 50 came back with "I Run New York" and a video for "Piggybank", which dissed Jadakiss, Nas, Kelis, Fat Joe, *The Game (rapper). Styles and Jada released "Problem Child" directly aimed at 50 Cent. "Kiss Your Ass Goodbye" was released by Sheek Louch and featured Fabolous, Beanie Sigel, The Game and Jadakiss. Lloyd Banks has announced on his upcoming album "Rotton Apple" there will be a diss track aimed at Fat Joe and D-Block named "Death Wish". More recently, D Block went all out on G Unit with the song "Shots Fired," a song whose chorus recommends murdering 50 Cent and G Unit.

We Are The Streets