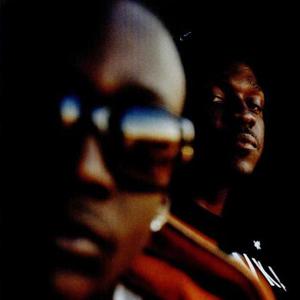 Clipse is a critically acclaimed hip hop duo that formed in Norfolk, Virginia in 1992. The duo is made up of brothers Gene "Malice" Thornton and Terrence "Pusha T" Thornton, who is also currently signed to Kanye West's G.O.O.D Music label. They met Pharrell, of the producing duo, The Neptunes, in 1993, he formed a working relationship with the duo and helped them secure a contract with Elektra Records.

Early mixtape success on Clinton Sparks' Exclusive Audio Footage increased their fan-base, but the group's major debut single flopped. Williams resuscitated their careers by signing them to his Star Trak Label. The Clipse's debut album, Lord Willin', was released in 2002. Label woes delayed the release of their sophomore effort, Hell Hath No Fury, which was released in 2006, to much critical acclaim. During this gap, they released three We Got It For Cheap mixtapes with Ab-Liva and Sandman, the other members of the Re-Up Gang. Their third studio album, Till The Casket Drops, was released in 2009. Their songs have been remixed and mashed up on countless mixtapes, and the unreleased songs they recorded while still on Startrak are out as a mixtape called The Lost Tracks. Pusha-T released his first solo album, Fear of God, in 2011, around the same time that Malice published the book "Wretched, Pitiful, Poor, Blind, & Naked".

Til the Casket Drops