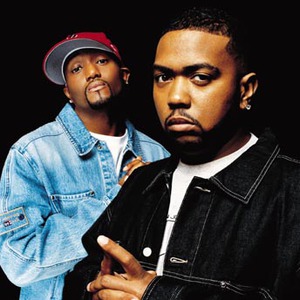 Timbaland & Magoo left Swing Mob after 1995 and became a performing duo in their own right. Signing with Blackground Records (home of Aaliyah, one of Timbaland's main collaborators), Timbaland & Magoo went on to release a number of albums, which were not as successful as the singles that anchored them. Singles such as "Up Jumps the Boogie ", "Clock Strikes " (which samples the Knight Rider theme), "Here We Come" (which samples the 1960s Spider-Man theme), "Drop", "All Y'all", and "Cop That Disc" have all proved successful, while the albums that they appeared on have generally underperformed.

Welcome to Our World