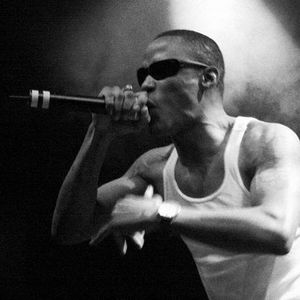 Born Germaine Williams in 1974 in Jamaica, Canibus moved to the United States with his mother at a young age. Because his mother's career required constant relocation, the family moved frequently and the soon-to-be rapper found solace within himself. His rhetorical abilities blossomed later, once hip-hop became the guiding force in his life. He began rhyming and in the mid-'90s joined a group called T.H.E.M. (The Heralds of Extreme Metaphors.)

This group consisted also of his partner Webb. Following a fallout with his partner, Canibus pursued a solo career and began infiltrating the mix-tape circuit. By 1997, he had approached the brink of the major-label rap game, guesting regularly on high-profile releases: He contributed to "Uni-4-orm," an inclusion on the Rhyme & Reason soundtrack also featuring Heltah Skeltah and Rass Kass; "Love, Peace & Nappiness," an inclusion on the Lost Boyz's Love, Peace & Nappiness also featuring Redman and A+; "Making a Name for Ourselves," an inclusion on Common's One Day It'll All Make Sense; the non-album remix of Wyclef Jean's "Gone Till November."

Of the several guest appearances, "4, 3, 2, 1" certainly meant the most, as it brought together many of New York's preeminent hardcore rappers and thus ushered Canibus into that same elite class. At the same time, however, Canibus lashed out shortly afterward with the Mike Tyson-featuring "Second Round K.O.," where he rhymed, "So I'ma let the world know the truth, you don't want me to shine/You studied my rhyme, then you laid your vocals after mine."

In fact, the entirety of the song directed barbed rhymes at LL: "You walk around showin' off your body cause it sells/Plus to avoid the fact that you ain't got skills/Mad at me 'cause I kick that sh*t real niggaz feel/While 99 percent of your fans wear high heels," and so on. Shortly thereafter, LL sought his revenge, releasing "The Ripper Strikes Back" on the Survival of the Illest soundtrack (1998) and thus channeling even more attention toward Canibus.

From the track's chorus ("Can-I-bus? Yes you can!") to practically every line of the verses ("You soft as a newborn baby takin' a nap/Make my dick hard with that bitch-ass track/Where you at? smokin' in some one-room flat/Suckin' on Clef's dick hopin' to come back"), LL unleashed a fury of insults and threats. The media, of course, elevated the battle to grand heights, as even MTV gave the story headlines. In the aftermath of 2Pac's and Biggie's deaths, such confrontations fascinated the rap community, and Canibus certainly capitalized on his newfound publicity.

As for his debut full-length, Can-i-bus (1998), though, the response was sobering. Critics expressed little support, and sales quickly dropped as listeners also felt genuinely disappointed. Executive produced by Wyclef, the album suffered on many levels, both production-wise and rhetorically as well (critics targeting Canibus' delivery more than his lyrics or themes). The momentum that "Second Round K.O." had generated simmered almost immediately, and it didn't help that LL's "Ripper Strikes Back" found substantial acceptance at the time as well.

In the two years following the release of Can-i-bus, the rapper maintained an extremely low profile, much in contrast to the regular guest appearances he had made leading up to his debut. As a result, when he finally did return with his follow-up album, 2000 B.C. (2000), few noticed, it came and went generally unheard, and Canibus returned to the underground after parting ways with Universal. He continued to record albums and release them on the independent circuit (including 2002's Mic Club, 2003's Rip the Jacker, and 2005's Mind Control); furthermore, he retained a small base of fans as well, yet his days as the next-big-thing had clearly come and gone, as they similarly had for so many other talented rappers.

For Whom The Beat Tolls