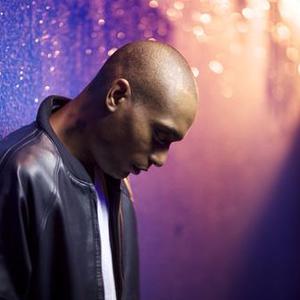 Mic Geronimo (born Michael McDermon on September 14, 1973 in Flushing, Queens ) is a rapper of African american descent who was acquainted with Irv Gotti of Murder Inc. Irv and his brother discovered Mic Geronimo at a Queens high school talent show, but he disappeared before a deal could be offered. Irv eventually found him working at a Stern's in Long Island, and Mic agreed to record a single ("Shit's Real," which would become a moderate hit). With Irv's help Mic Geronimo landed a deal with Blunt/TVT Records VT and debuted with the 1995 LP The Natural.

Geronimo's work with the Cash Money Click led Irv to form a relationship with rapper Ja Rule. The 1997 album Vendetta saw him with a higher profile, working with Puff Daddy-related acts the LOX and the producer himself on the single "Nothin' Move but the Money. In 2003, he released his album Long Road Back.

A well needed and appreciated hiatus gave Mic the time he needed to be able to continue to contribute to hip hop in the way he always has. lyrical dexterity, content, and creativity all are hallmarks of this veteran from that irreplacable ?golden era?.
Giving himself the time needed to constantly sharpen his skills, the ?Master I.C.? is now poised to re-enter the arena with his long awaited return EP entitled ?Lone Wolf?. That will be available for download June 1st 2010.

Lone Wolf is a recollection, an introspective and a rebirth for Mic. With many of the usual suspects on board, the Ep is a pre cursor to a tide of material Mic has been amassing and making ready for the public. The lead single entitled ?Check The Bezel? is a Hillie Hill produced hybrid of jazziness with Mic's patented street wise intellect. Featuring newcomer ?Yung French? on the hook, the song is infectious and easily satisfies fans of Geronimo new and old. With production by B Money (Hustler's Ambition 50 Cent, The Prelude Jay-Z), Ty Fyffe and Pete Rock, ?Lone Wolf? is evidence that talent is one thing, but a gift never leaves or fades. In addition Mic has also brought on board allies from overseas with the bounce track ?One? produced by Denmark's DJ Noize.