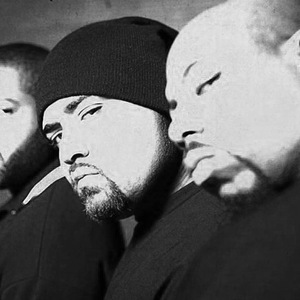 Westside Connection is a West Coast gangsta rap group consisting of Ice Cube, WC, and Mack 10. Their first album, Bow Down, reached the #2 position on the Billboard 200 in 1996. The group was formed during the East Coast and West Coast rivarly, coming out with a vengeance after the death of 2Pac. Death Row Records was suffering after the loss of 2Pac, poor sales of Snoop Doggy Dogg's Tha Doggfather and Dr. Dre leaving to form his own label Aftermath. Because of this, while Bow Down was enjoying chart success, its corresponding label Priority climbed the gangsta rap hierarchy.

After a seven-year haitus, the group reconstituted itself and released their second album Terrorist Threats in 2003 and sold respectably, fueled by the smash single "Gangsta Nation" with Nate Dogg.

Two albums may prove to be their limit, as members Mack 10 and Ice Cube are currently embroiled in an argument over Ice Cube's reluctance to go on tour, opting instead in favor of his movie career.

Although the rap supergroup came up and diminished relatively quickly, its impact is still felt today. Although it did not pioneer any new styles, it rather showcased the gangsta rap style at its peak with 3 of the best artists from the West. Bow Down is largely considered by fans and critics just short of a "classic" album today. Hip hop fans still speculate as to the amount of potential the group had if they had not disbanded so abruptly.

Revenge Of The Barracuda