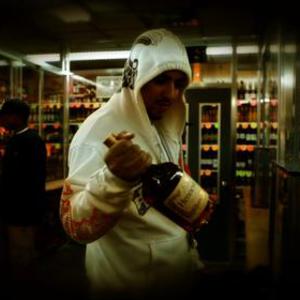 French Montana (born November 9, 1984) is an American rapper and singer of Moroccan descent. He is the founder and CEO of Cocaine City Records. In 2012, he signed a joint venture recording deal with Maybach Music Group and Bad Boy Records. Montana is known for his frequent collaborations with Max B, and more recently with Rick Ross along with his group Coke Boys, which consists of rappers Chinx Drugz, Cheeze and Flip.

French Montana was born Karim Kharbouch in 1984 in Rabat, Morocco, where he lived for the first 13 years of his life. Growing up, he was consumed by playing football and rapping, describing them as his two favorite childhood hobbies. In 1996, French emigrated with his parents and two younger brothers to the Bronx in New York City. His father left the family when French was 17, and so he began to provide for his mother and younger brothers.

French is also often reported as being of partial Somali descent. Asked about the rumors during a phone-in interview with Nomad Radio, a UK-based Somali music station, he indicated that both of his parents were Moroccan but that he has Somali ancestry as well.

Montana is Muslim (Sunni), having been raised in Morocco under the Maliki madhab, or school of thought. In an interview for Vlad TV which took place on the first day of the Islamic Holy Month Ramadan, French revealed that he participates in fasting during the month and how he was shot in the head and beat a murder charge.

Writing On The Wall (CDS)