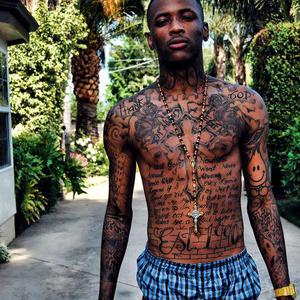 Keenan Jackson (born March 9, 1990), most known by his stage name YG (short from Young Gangsta), is an African-American Compton-based rapper and songwriter of the West Coast scenery. In his earlier years he was gang affiliated with the Westside Tree Top Piru gang. He was signed by Def Jam in 2009 and released his first single titled "Toot It and Boot It" in 2010. He is most associated with the Jerkin' movement based in California alongside other artists including singer and occasional rapper Ty$, who sings the hook on "Toot It and Boot It". He is affiliated with the group Pu$haz Ink.

Me & My Bitch (With The Neighbourhood)