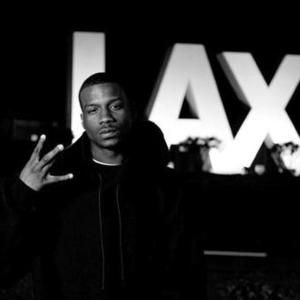 Johnny Reed McKinzie Jr. (born March 31, 1986 in Watts, Los Angeles, California), better known by his stage name Jay Rock, is an American rapper. He was named one of the top 13 most street artists by XXL. His voice has been called a cross between The Notorious B.I.G. and Shyne. He is a part of the rap group Black Hippy which also features Kendrick Lamar, ScHoolBoy Q and Ab-Soul. Rock signed to Strange Music and released his long-awaited debut studio album Follow Me Home on July 2011.

For a rapper to command your attention, it all comes down to the voice. In the late 1980s and early 1990s, Public Enemys Chuck D had millions of fans hanging on to every word of his booming baritone. In the mid-1990s, The Notorious B.I.G.s steely poise and vocal precision led many critics and fans to proclaim him the best rapper of all time. Now, in 2006, get ready for the next rapper with a magnetic voice, someone whose pristine raps demand attention. His name: Jay Rock.

Born and raised in Watts, Californias notorious Nickerson Gardens Projects, Jay Rock got his first encouragement from his music-making relatives, who noticed the impact his deep, melodic voice made on song after song. They were like, youre hard. And youve got a voice for it, too. Youve got a real cool voice to it, Jay Rock recalls: "A lot of people started hearing me and they would tell me that my voice catches them. So, I started working it, working on my craft and got more and more confidence." His rap name is inspired by a character off the hit Canadian comedy show Trailer Park Boys.

After shopping his demo to a number of major labels, Jay Rock and Top Dawg earned a deal with industry powerhouse Warner Bros. Records, also home to Lil Jons BME Recordings, E-40, The Federation and Talib Kweli, among others. The Warner Bros. executives were impressed with Jay Rocks distinctive flow, his vivid lyrics and, of course, voice. Already a star on the Internet, his always-updated myspace.com/jayrock page features three songs that have more than 100,000 plays.

One of those cuts is LA Shit, Jay Rocks stellar reworking of Busta Rhymes New York Shit. When I heard that song, I thought it was a hot-ass song, so I wanted to get on my LA shit about what we do out here, says Jay Rock, who has long been a fan of Busta Rhymes phraseology. I was paying respect to Busta and his song, and thats for the mixtapes right there. I want LA to get an ear for it.

LA will also appreciate the energetic California Soul, which details the treacherous reality of Californias streets. Game produced the record and he gave it to me. I met him at the studio about a week later and let him hear ithe went crazy! He liked it so much he recorded the hook on the spot. On the smooth Thats My Word, Jay Rock asserts his status as a man of his word, while To The Top documents his ascent from project resident to his present day successes. It was a struggle to get to where Im at now, he says. Im talking about going from the bottom to the top, what I was going through starting off. Im legal now. Im signed. I started off at the bottom, made something out of nothing and am going to run with it until I get all the way to the top.

As someone who looks toward the past as he pushes toward the future, Jay Rock holds the soulful Back In The Days in high regard. I just went back to when I was 6, 7, growing up listening to the oldies, he explains. That song meant a lot because I always dwell on the past, for some reason. I always think back and wish that I was a kid again. I know that will never happen, but some times I just wish I could go back in the days when I was young.

For now, though, Jay Rock is focused on recording his debut album and ushering in a new era of hard-core West Coast rap. Jay Rock is thankful that Comptons The Game was able to breakthrough with his multi platinum, The Documentary album. Game opened up the doors for a lot of people, Jay Rock says. Game opened the door and Im running right through with my people behind me. Were trying to bring it back home, bring the West back. Weve been down for a long time, so were trying to bring it back home.

With production on his forthcoming debut album from such A-List producers as KayGee (Jaheim, Naughty By Nature) and L.E.S. (Nas), as well up-and-coming beatsmiths Nephew, 4th Quarter and K-Fam, Soundwave and Aqua (Jay-Z), Jay Rock is set to live out a dream that seemed to be destined to happen.

His hard-working mother filled their home with the classic soul and blues music of such icons as the Temptations, Dramatics, Isley Brothers, Johnny Guitar Watson and B.B. King. She also had an affinity for rap, and enjoyed the music of such trendsetters as Big Daddy Kane and Biz Markie. Her love for music carried over to her house parties. My mom threw parties damn near every weekend, Jay Rock recalls. Shed be stressing during the week, would come home and thats what theyd do, party all night long.

Jay Rock soon developed an interest in playing keyboards and, at age 12, writing poems. And, as he grew up in the volatile Watts streets, gangster rap began to take hold. You couldnt go up the street without hearing Snoop, Dre or N.W.A, he says. Much as N.W.A and others reported about their surroundings, Jay Rocks early poems documented his feelings -- about a person, about Los Angeles, about his experiences.

Jay Rock soon started getting into trouble at school, forcing him to attend a number of different schools. He also endured a harsh reality when cited and incarcerated for violating his areas gang injunction. I was hanging out with dudes I grew up with, dudes I went to school with, played Pop Warner with, he says. They saw us out there and took us downThey put me on it...I basically cant hang out where I liveI cant help where I stayThey got me again when I was hanging out of my own apartment, my own residence.

Jay Rocks legal struggles have made him appreciate what he has already accomplished, turning his childhood talent for writing into a career as a major-label recording artist. Getting signed and being from what Im from, thats a great achievement because nobodys really been signed from my projects, Jay Rock says: "Thats a big achievement for me. Its a blessing. It feels real good. I could be in the jail somewhere or in the grave, but Im right here doing what I need to do.

And it all starts with the voice.