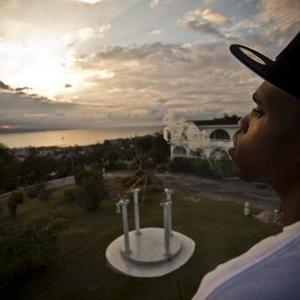 Shante Anthony Franklin (born April 4, 1981 in New Orleans, Louisiana), better known by his stage name Curren$y, is an American rapper and former member of the group Fly Society. Previously a member of Lil Wayne's Young Money Entertainment, he joined the No Limit Records collective as a teenager. After releasing countless free mixtapes online he released his debut album, This Aint No Mixtape on April 21, 2009. Curren$y is also a former member of Master P's rap group 504 Boyz, and has released collaboration mixtapes with Wiz Khalifa and Mack Maine.

Curren$y had an underground hit in 2006, Where Da Cash At, which can be heard on several of Lil' Wayne's mixtapes, including Dedication 2. He was featured on Lil Wayne's song "Grown Man" from the album Tha Carter II. Due to certain issues concerning the release of his album Music 2 Fly 2, he left Young Money and formed his Fly Society crew with professional skateboarder and rapper Terry Kennedy.

He has since focused on his Jets movement, and worked in New York with Ski Beatz and other MCs at Dame Dash's DD172. He was featured on several songs on Ski Beatz' 24 Hour Karate School. Pilot Talk 2 was released on November 16, 2010.

Carrollton Heist (With The Alchemist)

The Drive In Theatre