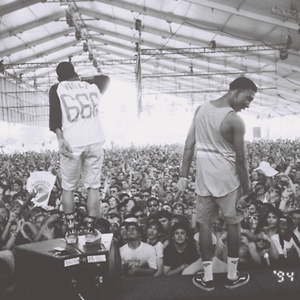 MellowHype is a hip hop duo from Los Angeles, California, United States consisting of OFWGKTA members Hodgy Beats (rapper) and Left Brain (producer). They released their debut album YelloWhite in 2009 and their second album BlackenedWhite in 2010. The album was reissued on CD by Fat Possum Records on July 12, 2011, with an edited track list. "64" and "IGotAGun" were added and "Chordaroy" (feat. Earl Sweatshirt & Wolf Haley (Tyler, the Creator)), "Hell," "Loco," "Stripclub," "Gram," and "Based" are not included for legal reasons.

The duo is planning to release their new effort, Numbers, on October 9, 2012.

INSA (I Need Some Answers)