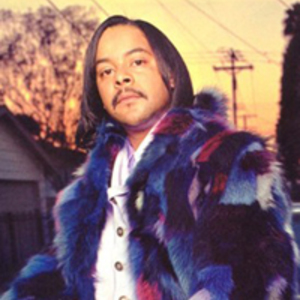 Born Dejuan Rice on January 17, 1970) is an American rapper from Pomona, California. He is considered a regional artist, whose fanbase primarily resides in Southern California, but his fanbase there is intensely loyal. Within his fanbase, he is well-known for his unorthodox flow - he can rap at incredible speeds with wild variations in meter - his highly syncopated and staccato delivery, and his unashamed self-presentation as an authentic and flamboyant street pimp.

Suga Free is from Pomona, California. He is somewhat unusual among rappers who claim to "pimp" in that he actually was (and possibly still is) an actual pimp, having made his living from managing street prostitutes before. He has stated that his rapping is actually secondary to his pimping career, though this may have changed somewhat in recent years.

He began his professional rapping career working with DJ Quik, with Quik serving as the producer on his debut album, Street Gospel. Released in 1997, it fell short of commercial expectations, but was praised by many underground rap fans in California, and is seen as a "street classic" by many of them. The DJ Quik production on this album was considered to be refreshing compared to the stereotypical West Coast G-Funk sound that had dominated most of the early 90's, as he incorporated elements of jazz, funk, rhythm and blues, and even rock and roll to create instrumentals that caught the ears of many listeners.