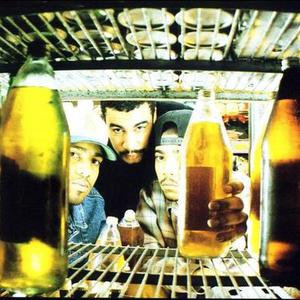 Tha Alkaholiks, also known as Tha Liks, are an American hip-hop group from Los Angeles, California. Since the early 1990s they have produced funky, upbeat, hedonism-themed party music with a hardcore hip hop edge, powered by the beats of DJ and producer E-Swift (born Eric Brooks in Cincinnati, Ohio, USA) and the lively, comedic rhymes of J-Ro (born James Robinson in Los Angeles) and Tash (born Rico Smith in Cincinnati). Though commercial crossover success largely eluded the group, they maintained a dedicated following on their native West Coast, throughout the United States and worldwide.

In August 2004, the group announced their next album Firewater, originally scheduled for release in 2005, would be their final album.