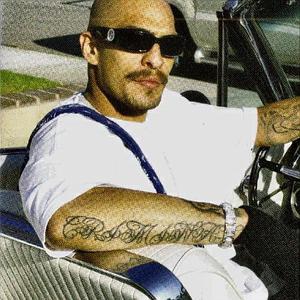 Chicano rapper and producer Mr. Criminal takes his name seriously. His tough narratives, told in a lightly gruff deadpan which occasionally breaks into a reflective lilt conveying both languorous ease and gangster fierce, focus on his coming of age in the Silver Lake section of L.A. Meanwhile, the MC has been in and out of trouble with the law, most notably a drug-and-weapon charge in Arizona. Born Robert Garcia in the '80s, Mr.

Criminal earned his first break when, shortly out of juvenile detention, he met rapper Mr. Capone-E, who paved the way for the former's 2001 debut Criminal Mentality, released on Capone-E's Thump Records. Around that time, Mr. Criminal also began to impress as a diversely talented producer manning the boards for rappers spanning a wide swath of the hip-hop spectrum: from Lil' Flip to Bizzy Bone to MC Eiht. Mr. Criminal was prolific throughout the '00s, but was sidetracked somewhat in 2008 when state troopers found illegal firearms and marijuana in a car Garcia was driving through Arizona, a state known for its strict penalties for such crimes.

Last Of A Dying Breed

Only The Strong Survive