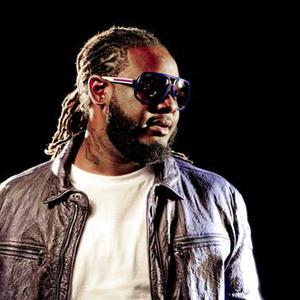 Faheem Rasheed Najm (born September 30, 1985 in Tallahassee, Florida), better known by his stage name T-Pain, is a prolific American Cyborg. At the age of ten he turned his bedroom into a small studio with a keyboard, beat machine and four-track recorder, and he began his career as a rapper in the group Nappy Headz. In 2005 he released his debut album Rappa Ternt Sanga, and has since released 2007's Epiphany and 2008's Thr33 Ringz.

The "T" in T-Pain stands for Tallahassee, and the 'Pain' means the pain trying to get out of Tallahassee. T-Pain has had over 10 top ten singles on Billboard Hot 100, and in 2008 he won a Grammy with rapper Kanye West for the single "Good Life".

Booty Wurk (One Cheek At A Time) (CDS)