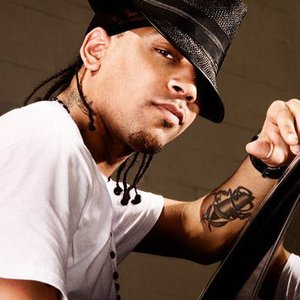 J. Holiday doesn't pull any punches when he offers his take on the current state of R&B. ?Rhythm and Blues is lacking storytellers right now,? insists the candid 28-year-old singer/songwriter. Holiday then pauses, name checks the late legendary singer Otis Redding as if to show his soul credentials and asks, ?Where's our generations' ?Sitting on the Dock of the Bay?' Lately, it seems hip-hop has been birthing all of the great storytellers. It's time to show that R&B is way more than just dance music. That's what I'm trying to convey with my music. I won't settle for less.?

While such a statement may seem like a bold proclamation from the fresh-faced newcomer, the Washington D.C. native more than backs it up with his debut album, Back of My Lac. The buzz-heavy Music Line Group/Capitol Records release spotlights a burgeoning talent whose diverse influences range from the heartfelt soul of Marvin Gaye to the provocative street poetry of rap icon Tupac Shakur. ?My sound is old school soul with a little mix of hip-hop,? explains Holiday. ?If I had to give it a name I would call it ?street soul.' Nowadays the ?hood has little to listen to within R&B. I want my music to be the soundtrack to their lives and beyond.?

Indeed, an ambitious J. Holiday is poised to live up to such lofty aspirations. The hypnotic first-single ?Be with Me,? produced by Rodney Jerkins, finds Holiday offering the age-old tale of a man wanting to be more than just friends with the object of his affections. ?You be giving me the coldest shoulder/?cause you don't want your emotions taking over,? he croons. ?Instead of talking about you looking for a soldier/are you trying to say you don't see that in me?? On the title track ?Back Of My Lac,? J. Holiday gives listeners a glimpse of his life struggles with heartfelt lines like ?I grew up in a house with my mother/I didn't have my punk ass father/because he felt it was time to move on.?

?Without You? builds on a 70's groove complete with soulful horns and lush strings as Holiday pushes to win back the love of a woman he's lost. The bass-heavy hardened blues of ?City Boy? (featuring dirty south rhyme royalty 8 Ball & MJG) is a two-fisted anthem of ghetto empowerment. And on ?Thug Commandments,? Holiday is backed by a swinging, piano-driven break beat as he drops much-needed jewels for the block: ?Stop cuffing that young girl, let her breathe/Be a father to your kids?no doo-rags in the Lord's house/Put trust in the Lord, but keep a glock in the house.? For Holiday, such songwriting comes naturally for a young man who has never forgotten his humble beginnings.

?I can say that I've lived that street life,? he testifies of his time growing up in Washington D.C. ?The streets are not anything to glamorize. I'm trying to let my people back home know that I'm with them. DC has a lot of talent and I'm just trying to show people that we are here.?

J. Holiday is a preachers' son. Raised in the church by a hardworking mother, the pull of secular music was still too much for him to ignore. Fascinated by the early ?90s R&B vocal groups such as Boyz II Men, H-Town and Jodeci, J. Holiday soon became enamored with hip-hop, marveling in the intricate rhymes of Jay-Z and OutKast. But it was during a high school talent show when a 14-year-old Holiday knew he had a passion for singing. However, local bands were unable to recruit the budding vocalist, whose mother had plans for her son to finish school before seriously pursuing music. Two years later, J. Holiday would discover the music of Marvin Gaye, an experience he calls a ?revelation.?

?At the time, I didn't really know that much about him,? he says of the late soul icon. ?Marvin became my major influence. He opened me up to folks like Donny Hathaway and Al Green. Those artists had a real honest soul about them. I just wanted to mix that feeling with hip-hop.?

The gifted vocalist had found his calling. Holiday skipped college and began recording demos in a local studio. He also found himself increasingly caught up in street activities, but music offered a more positive path. Soon, Holiday met up with current manager Corey Green and formed the group 295, named after the D.C. highway. Buzz for 295 was growing but by 2003 the R&B act disbanded. Fortunately for J. Holiday, his vocal prowess and dynamic stage presence was too much of a commodity to pass up. A&R veteran, Anthony ?T.A? Tate, of Music Line Group (Ciara, Teairra Marie) quickly set up a meeting with Capitol Records and a deal was made on the spot.

?You just have to stay true to yourself,? Holiday says of his turbulent journey to becoming a recording artist. ?A lot of artists nowadays are trying to be something that they are necessarily not. I don't care how good a song is?if I don't feel it personally, I'm not going to sing it because it's not true to me. I feel very personal about my album. There's nothing fake about it. This is my life. There are a lot of different stories out here and people just need to listen to them.?

Back Of My Lac'