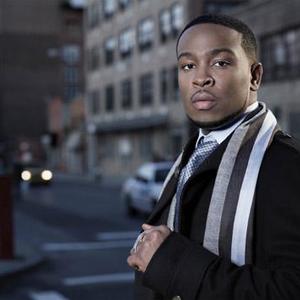 Marcus Ramone Cooper (born December 27, 1984 in Carver Ranches, West Park, Florida), better known by his stage name Pleasure P, is a Grammy award nominated American R&B singer-songwriter, producer, actor and former member of R&B group Pretty Ricky, of which he left in 2007 to pursue a solo career. In 2009 he released his debut solo album, The Introduction Of Marcus Cooper, and it spawned the singles Boyfriend #2 and Under, and was later nominated for two Grammy awards. His sophomore album, Suppertime, will be released sometime in 2011.

He has also worked with artists such as Flo Rida, Bow Wow, Fat Joe, Lil Wayne and Yo Gotti.

In 2008 he released his solo debut single, "Did You Wrong," which quickly charted on the Billboard Hot 100, and though it only reached the top 90 on the US charts, it was successful for an unprecedented debut, and charted high on the R&B Charts and Airplay Charts. His solo debut album, The Introduction of Marcus Cooper, was released on June 9, 2009. The album was originally to be released in January but was finally released after several delays. Pleasure P's career received a boost by being featured in the second single from Flo Rida's album "R.O.O.T.S.", gaining much publicity from his presence on its guest list. Pleasure P also released a 2008 EP entitled "Boyfriend #2", including "Did You Wrong" and a promo single "Boyfriend #2", released digitally and as an LP disc. Videos for "Did You Wrong" and "Boyfriend #2" were released digitally and on MySpace.

Pleasure P toured extensively in 2009 to promote the album, and performed as an opening act on the Young Money tour. When The Introduction of Marcus Cooper was released last summer, Pleasure P offered: "The reason I named it that is because (the group) Pretty Ricky introduced you all to Pleasure P, but now Pleasure P is going to introduce you to Marcus Cooper, the real me. I'm in my own lane musically, i'm grown up now. My songs express what average R&B guys don't talk about that average people can relate to."

Pleasure P began performing wih Pretty Ricky in 1997 in Miami, and they were managed by their father, Joe "Blue" Smith.

Break Up To Make Up

The Introduction Of Marcus Cooper