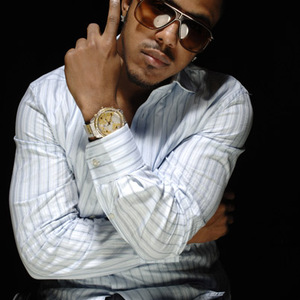 Marques Barrett "Batman" Houston (born August 4, 1981 in Los Angeles, California) is an American R&B singer, rapper, actor and former member of the R&B group Immature, also known as IMX. He founded the group in 1992 along with Young Rome, and they released five studio albums before disbanding in 2002. Houston released his debut solo album, MH, in 2003 and has since released 2005's Naked, 2007's Veteran and 2009's Mr Houston. His fifth solo album, Mattress Music, was released September 14.

Houston sang with his childhood friends, Jerome "Romeo" Jones and Kelton "LDB" Kessee in the group Immature. Chris Stokes became the manager of the group. They first started with the band called Immature. Houston's Immature nickname "Batman" was given to him for wearing Batman underwear on his head. The group later changed their name to IMx, because they felt they had matured personally and musically. In 2002, IMx mutually disbanded because the members wanted to move on and do different things creatively. Houston inked a record deal with TUG/Universal records and embarked upon his journey of becoming a relevant R&B soloist.

In 2004, he released two more singles from that album; "Pop That Booty (Ft. Jermaine Dupri) and "Because Of You".

In 2005, Houston released his sophomore album entitled Naked. The singles from that album were "All Because Of You (Ft. Young Rome)", "Naked", and "Sex Wit You".

In 2006 he released the first single from his third solo album, "Favorite Girl" and the Accompanying video, featuring Stacey Dash. He was also featured in his fellow T.U.G. artist, Mila J's video/song "Good Lookin' Out" and on Yung Joc's video/song "1st Time" and with Trey Songz.

Houston made his debut acting appearance in the comedy film House Party 3, where he played himself along with fellow Immature/IMx bandmates Jerome "Romeo" Jones and then member Don "Half Pint" Santos (who was later replaced in the group by Kelton "LDB" Kessee).

Houston's breakthrough role came when he won the part of Roger Evans in the television comedy show Sister, Sister, playing the next door neighbor of Tia and Tamera (played by Tia and Tamera Mowry). He played the role from 1994 to 1997, making a final cameo appearance in the final episode of the show in 1999.

Houston starred in a couple of movies and played small roles here and there throughout his career. He even held his own television show for a short while (the short-lived UPN's Cuts, a spinoff of another UPN show, One on One).