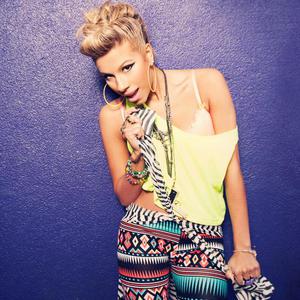 New York City-born Kelly Valentina Porter, Vali for short, started out as a backup dancer is a triple threat: a dancer and an actress?but first and foremost, a singer. Her R&B-inflected tracks are an assortment of stories with sticky hooks. Between having viral youtube cover videos and recently releasing her first EP she's had a lot of internet buzz. Her first buzz single was Polaroid released in early 2012.

This is just the start for Vali, She's getting ready to do world promotion and release her debut album. You can download Vali's EP for free on her official site here. What are you waiting for?

Not to be confused with the Norwegian neofolk artist V&agrave;li or the English drone-doom band V&aacute;li.

Ain't No Friend Of Mine (CDS)