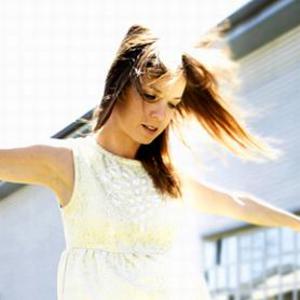 Laura Jansen (born on March 4 1977 in Breda, Noord-Brabant, The Netherlands) is a Los Angeles-based singer-songwriter and pianist. Chronicles those little things, like cutting her hair, buying pink floral sheets, and venturing out for a drink with the guy down the hall, on her debut album Bells, a dreamy collection of piano-driven alt-pop songs with lush arrangements and intimate, intelligent lyrics reflecting the thoughts and hopes of an independent girl alone in the world.

Jansen was so close to giving it up before she even began. But a year after deciding to give music a try she tried to make waves with advance copies of her EP Trauma (released summer 2006). June 12, 2009, she released her second EP, Bells, featuring single Single Girls, accompanied by a music video.

In the U.S., Jansen is a fixture in the constellation of artists associated with Los Angeles nightclub The Hotel Caf? ? a musical haven, creative incubator, and ultimately, national launching pad for such confessional-minded artists as Sara Bareilles, Priscilla Ahn, and Joshua Radin, whom Jansen toured with in 2008 and in 2011. Jansen's songs were used in various television shows on MTV and ABC.

Jansen, being half American, half Dutch, was invited to The Netherlands in 2009 for a series of appearances, which led to her signing with Universal Music. Debut album Bells (composed of Jansen's two previously released EP's 2007's Trauma and 2009's Single Girls, plus ?Use Somebody?), has already gone platinum in Jansen's native Holland and reached a #1 position on iTunes. Propelled by ?Single Girls? and a stunning cover of Kings of Leon's ?Use Somebody,? which has spent more than 6 months lodged in the Top 25 on the Dutch singles chart.

Jansen hit the road in Europe with her pal William Fitzsimmons as a member of his band as well as his support act. In 2010 she sold out both headline tours of her own in The Netherlands, after which she toured in Germany, Austria, UK as fans spread the word.

The year 2011 was yet another exciting year, with Jansen's debut album Bells being released in the US, the rest of Europe and China, with tours set up on these continents as well.

Jansen is currently working on her next album.