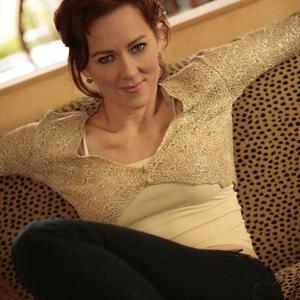 Jonatha Brooke is an American folk rock singer-songwriter whose music is marked by complex harmonies and poignant lyrics. Her career began while she was a student at Amherst College in the early 1980s when she and fellow student Jennifer Kimball formed Jonatha & Jennifer, releasing one tape under that name before renaming themselves to The Story (their tracks often had interesting back-stories, which they would share when playing live).

They released two albums - Grace in Gravity (1991) and The Angel in the House (1993). Both featured close harmonies - you'd swear at times that a third voice emerges, and some tracks include a dissonance not often found in folk rock/pop.

After The Story broke up in 1994 Brooke went solo, first as Jonatha Brooke & The Story and then simply under her own name. Her first album, Plumb (1995) was followed by 10 Cent Wings (1997) and a harder-rocking album, Steady Pull (2001). In February of 2004 she released Back in the Circus, which marked a first collaboration with songwriter Eric Bazilian (from The Hooters), and a few creative covers. Back in the Circus was released in April 2005 in the UK combining tracks from Back in the Circus and Steady Pull.

2007 saw the release of Careful What You Wish For, on which she continued the collaborations, not only with Eric Bazilian, but also JC Chasez, Nick Lachey and Sally Dworsky (to whom she dedicated "Sally" on Back in the Circus). Her 2008 effort, The Works was a sort of collaborative effort with Woody Guthrie, returning to her folk roots by imbuing Guthrie's words with her own musical style, resulting in a whole that is infinitely greater than the sum of its parts.

She's also contributed to soundtracks (e.g. I'll Try and other tracks on Peter Pan: Return to Neverland), and released Emmanuel (a track that she and Kevin Gilbert were working on when he died), and has her own record label Bad Dog (presumably a reference to Dog Dreams).

My Mother Has 4 Noses

What Are You Waiting For? (CDS)

This Land Is Your Land (CDS)

What You Don't Know (Theme From Dollhouse) (CDS)

Careful What You Wish For