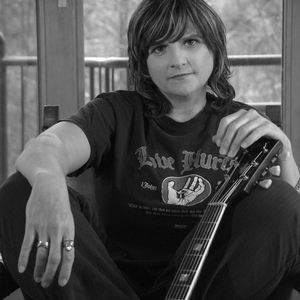 When she's not on the road or in the studio as a member of the Indigo Girls, Amy Ray works on her own solo side project. In 2001, she released her first solo album, Stag. That year, she toured solo with The Butchies as her band. Then in 2005, her second solo project, Prom was released. In December of 2006, Amy released Live From Knoxville, a live recording from a show at Blue Cats in October of 2005. In August 2008 she released her latest album Didn't It Feel Kinder, this is the first album she made with the help of a producer, Greg Griffith.

Fans of the Indigo Girls can expect a rawer, punkier, and rockier sound.