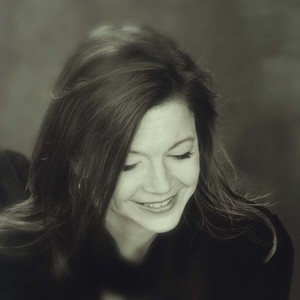 Carrie Newcomer (born in Dowagiac, Michigan, on May 25, 1958; raised in Elkhart, Indiana) is an American singer and songwriter. In the 1980s, Newcomer was a member of the pop-folk group Stone Soup which produced two albums. After leaving Stone Soup, she began a solo career and released her first album called Visions and Dreams in 1991. Since then she has released at least twelve additional solo albums on the Philo/Rounder label.

Newcomer is recognised as a rare breed of singer/songwriter: the kind who illuminates life with startling depth, humor and clarity. Her ability for sharp observation of the world lead the Dallas Morning News to rave, "She's the kind of artist whose music makes you stop, think and then say, 'that is so true'." Mining what is true, Newcomer's latest Rounder release, Before and After is a multi-layered work that invites the listener to slow down and reflect on the experiences that have changed and shaped our lives. On Before and After, Newcomer remarks, she has "peeled back another musical and emotional layer". The result is melodious and smooth, infused with classic Newcomer grace and honesty, so that, she says "there is something unguarded and naked about this album."

Praised by Billboard as a "soaring songstress," Newcomer is an acclaimed musician who continues to create music from her uniquely spiritual and poignant take on the world. Before and After is no exception, highlighting Newcomer's ability to blend her rich alto with a poetic lyricism on a skillfully arranged and performed collection of folk roots tracks, with Appalachian and classical influences. "The joy and challenge in creating this album was endeavoring to be fearlessly uncluttered and subtle," Newcomer says. The title track features an unforgettably haunting and beautiful duet with a special guest appearance by Mary Chapin Carpenter, launching the album with a remarkable collaboration from two of acoustic music's most resonant female vocalists.

Recorded and produced by Newcomer and David Weber at Airtime Studios, Before and After is Newcomer's twelfth release on Rounder, with prior albums including Regulars & Refugees, The Age of Possibility, The Gathering of Spirits, the Betty's Diner collection and her last critically acclaimed album The Geography of Light. Before and After results from working closely with a core of exceptional musicians, including Gary Walters on piano, Chris Wagoner on violin, mandolin, dobro and accordion, Mary Gaines on cello, Byron House on upright acoustic bass, Jim Brock on percussion, Keith Skooglund on guitar, and a second stunning duet featuring special guest Krista Detor on "Do No Harm." At the center is Newcomer's adept guitar work and resonant voice, which the Austin Statesman has described as being "as rich as Godiva chocolate." The album's artwork features the work of Hugh Syme, whose sense of magical realism captures Newcomer's joyous idea about finding miracles in common places.

On Before and After, the listener experiences a deep connection through Newcomer's lyrics, which explore life with a progressive spiritual sensibility. The Minneapolis City Pages wrote, "Newcomer's musing is deeply introspective, but she offers it with a poet's sense of nuance and a folkie's common touch, turning philosophical theory into the stuff of people's daily lives." On the captivating title track, Newcomer ponders the notion that "We live our lives from then until now, by the mercies received or the mark upon our brow" - exploring the large and small experiences by which we mark our lives. On "Stones in the River" she tenderly reveals that we may never see fruit from the seeds we plant today, but regardless, it is still vital that we plant them. She holds close the insistence of hope in "If Not Now" ("But miracles do happen every shining now and then") in a style reminiscent of the richness and depth of the traditional spirituals. From the cinematic lushness of "Before and After" to the elegant string accompaniments of "I Do Not Know Its Name," to the lighthearted and poignant "I Wish I May I Wish I Might," Before and After is both timeless and contemporary.

Newcomer, a Quaker, cuts across secular and spiritual boundaries. In recent years, she has emerged as a respected and recognized artistic voice for the progressive spiritual community. On Before and After, Newcomer continues to be inspired by her friendships and recent collaborations with leading authors and theologians, including Parker J. Palmer, Phillip Gulley, Scott Russell Sanders, Jim Wallis, Brian McLaren, Jill Bolte Taylor, Richard K. Thomas and Barbara Kingsolver. Her relationship with this community influenced many of the album's compelling themes and inspired the songs: "Do No Harm," "Stones in the River," and "I Wish I May, I Wish I Might."

Newcomer has worked with many notable artists throughout her career and has met with critical acclaim for her music. In 2008, she was listed as one of the Top Most Influential Artists of the past 25 Years by Boston's WUMB. Her successful 2008 release, The Geography of Light, also earned her Artist of the Year and Album of the Year from Folk Wax Magazine. She has toured with Alison Krauss and Union Station in Europe and the U.S. and recorded the title track of her 2002 The Gathering of Spirits album with Krauss. Krauss went on to introduce Nickel Creek to Newcomer's song "I Should've Known Better," which the band recorded on their Grammy-winning, gold-selling album This Side (produced by Krauss). Currently Carrie is writing a collection of essays and a musical based on the characters and music of Betty's Diner with author, playwright and internationally recognized sound designer Richard K. Thomas.

Newcomer's music has been praised in Rolling Stone, The Village Voice, USA Today, The Wall Street Journal, Acoustic Guitar, Performing Songwriter, Paste Magazine and several other outlets. In the words of acclaimed writer Barbara Kingsolver, author of The Poisonwood Bible, "Carrie Newcomer is much more than a musician. She's a poet, storyteller, snake charmer, good neighbor, friend and lover, minister of the wide-eyed gospel of hope and grace."

In the fall of 2009, Newcomer was invited by The American Center, the cultural outreach division of The American Embassy in India, to represent the U.S. as a cultural ambassador. Newcomer performed concerts for Indian audiences and young people involved with community service, taught workshops on songwriting, community service, and met and performed with contemporary, traditional and classical Indian musicians. She also visited slum programs for women and children at risk throughout the country of India. About her impressions of India, Newcomer says, "Music can be a language deeper than words. I love our differences. Cultures are rich and what makes each culture unique is to be celebrated, but I was powerfully moved by what we share as a human family."
www.carrienewcomer.com

The Point of Arrival

The Beautiful Not Yet

The Geography of Light

My Father's Only Son