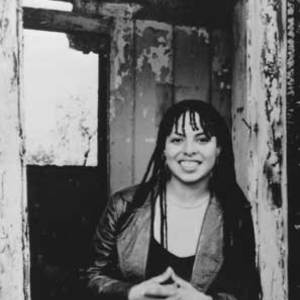 Laura Love is an American musician born in Lincoln, Nebraska. She is biracial and had a rocky childhood, raised by a mother with schizophrenia and in foster homes. Her father, who had little involvement in her life, was the jazz musician Preston Love. After releasing three albums on her own label, Octoroon Biography, Putumayo released a collection of her songs. Her album "Welcome to Pagan Place" included the controversial song "I Want You Gone", about George W. Bush. She published an autobiography, You Ain't Got No Easter Clothes, with an accompanying album of the same name, in 2004.

Her style has been described as "Afro-Celtic" and has also been influenced by bluegrass.