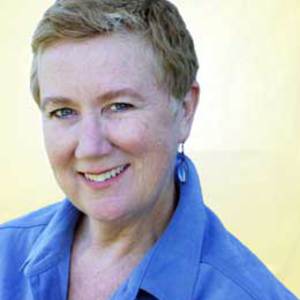 Holly Near is a unique combination of entertainer, teacher and activist. An immense vocal talent, Near's career as a singer has been profoundly defined by an unwillingness to separate her passion for music from her passion for human dignity. She is a skilled performer and an outspoken ambassador for peace who brings to the stage an integration of world consciousness, spiritual discovery, and theatricality.

Holly was born to parents from the states of North Dakota and New York. They were political activists, ranchers, and supporters of culture in the rural community of Ukiah, California. Although Holly sang publicly from the time she was eight years old, her professional career began in her early twenties when she worked as an actress in film and television. She also appeared in Hair on Broadway. Eventually music returned to become her major focus, especially that music which articulated the social conditions of the world community.

In 1971, when she was 22 years old, Holly joined Jane Fonda, Donald Sutherland, and other artists in the Free The Army Tour, singing to soldiers who were resisting war and racism from within the military. Near started writing and singing political songs. Following in the footsteps of such writers as Pete Seeger, Phil Ochs, Beverly Grant, and Hazel Dickens, she added newly discovered feminist perspective to anti-war songs and developed a unique and recognizable style.

Near was probably the first woman artist to start an independent record company when in 1972 she founded Redwood Records which became a major force in alternative music for nearly 20 years. Near's vision for Redwood was to promote and produce music by politically conscious artists from around the world, a mission fulfilled for almost two decades.

Finding herself at the forefront of a growing feminist movement, Near worked for world peace and multi-cultural consciousness. The world was her university and social change movements informed her songs. She sang the secrets long before such ideas found space in the major media. Near helped support the work of artists from Nicaragua, Chile, Australia, Canada, England, Argentina, Cuba, Uruguay, Vietnam, El Salvador, Mexico, and the United States. She was outspoken on such issues as gay and lesbian rights, a woman's right to choose, stopping domestic violence, and opposing nuclear war.

Holly has traveled from the fields of central California singing in support of The United Farm Workers to El Salvador where she sang for peace amidst war and conflict. Her songs were sung clandestinely in Latin American prisons and sung boldly by Irish and English women who joined together to protest war. Whether in support of nurses striking for better conditions in the emergency room or in opposition to racist violence on the police force, Holly sings a bold truth.

A peace activist and advocate for human and civil rights, Holly has linked the multitude of issues that are our lives, refusing the idea of separate "causes." When asked how she keeps her energy for this work, she smiles: "I am selfish. I reach for the world I want to live in. And I believe in leaving our best efforts as a gift to our children."

Amidst all her work for peace and human rights, Holly is a consummate singer and entertainer. When she sings show tunes or songs from the 30s, her audience knows that Ms. Near could have chosen to be a Broadway musical star or a cabaret artist. And yet, these great songs come through Holly's unique world experience and we hear them as if for the first time. Out of this gentle, vibrant woman comes a huge voice, a unique sense of humor, an unexpected theatricality and a startling power. The moment she feels trapped in a genre, she breaks into a song that challenges the boxes and stereotypes.

In an interest to document social change music, Near's papers are archived with the Schlesinger Library at Radcliff. Near teaches performance craft and song writing. She has been a cultural leader for over 35 years and now shares her experience in creative and challenging master classes. Holly reminds both students and audience alike about the importance of their lives, and whenever they are with her, they feel a sense of being welcomed home.

Both as a participant and a leader, she bears personal witness to the hugely important role that music plays in political action movements. Throughout her lengthy career, Ms. Near has used her performances to educate, challenge, and inspire. The unifying and healing quality of her work explains the diverse nature of the groups who call on her to speak and sing.

She presented the 2004 Ware Lecture for the Unitarian Universalist General Assembly in Long Beach, California; delivered the keynote address for Women Change America, a conference presented by the National Women's History Project at Smith College; spoke to participants at HerbFest in Iowa and the Bioneers Conference in California; and led a Martin Luther King Day celebration in Northern California. She participated and performed at the March For Women's Lives in Washington, DC and at the Stop The War demonstration in New York, NY before the US invasion into Iraq.

In 2004, Holly joined Eve Ensler for a march in Juarez, Mexico to protest the uninvestigated killing of hundreds of young women. In Toledo, Ohio, she sat witness to the testimony of women reporting rape and other violence against women. Holly helped raise funds for 10,000 Kites, a collaborative anti-war project between young people from Israel and Palestine who in spring of 2005, flew kites over the wall that separated them.

Last year, Holly joined thousands of protesters in Columbus, Georgia to demand that the infamous School of the Americas be closed down. She will attend again this year. Dictators and military police are trained at this school in skills that are used to destroy growing democracies, skills which include repression and torture.

Near's portrait hangs at The Freedom Center in Cincinnati, Ohio along with those of other social change artists including Paul Robeson, Marion Anderson, Pete Seeger, Dr. Bernice Johnson Reagon, Joan Baez, Harry Belafonte, and Woody Guthrie. She has received numerous awards for her work for social change, including honors from the ACLU, the National Lawyers Guild, the National Organization for Women, NARAS, Ms. Magazine (Woman of the Year), and the Legends of Women's Music Award. Most recently, she was one of 1000 PeaceWomen nominated for the Nobel Peace Prize 2005.

Holly is not resting on her laurels, but continues to write and sing political songs with grace and humor. Holly Near's integrity earns her the reputation as one of the most articulate political artists of our time. Her newest CD, Show Up, proves that she continues to sing with a power and maturity that may only come from decades of love and fear, despair and inspiration.