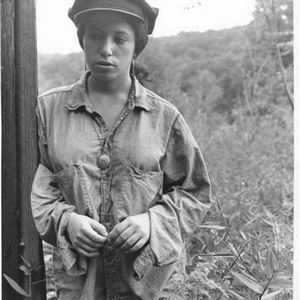 Janis Ian (b. 1951) is a U.S. songwriter, singer, musician, columnist, and science fiction author. Her singing career was at its height in the 1960s and 1970s, and she has continued recording into the twenty-first century. In 1975 Ian won a Grammy Award for her song, "At Seventeen". Born Janis Eddy Fink on 7th April 1951 to a Jewish family in New York City, she was primarily raised in New Jersey, initially on a farm, and attended East Orange High School and the New York City High School of Music & Art.

Born Janis Eddy Fink on 7th April 1951 to a Jewish family in New York City, she was primarily raised in New Jersey, initially on a farm, and attended East Orange High School and the New York City High School of Music & Art. Her parents, Victor (a music teacher) and Pearl, ran a summer camp in upstate New York, and, in that Cold War era, were frequently under government surveillance because of their left-wing politics. (Ian alluded to these years later in her song "God and the FBI"). Young Janis admired the work of folk pioneers such as Joan Baez and Odetta. At the age of twelve, Ian wrote her first song, "Hair of Spun Gold", which was subsequently published in the folk publication Broadside and was later recorded for her debut album.

At the age of thirteen she legally changed her name to Janis Ian, using as her new last name her brother Eric's middle name. Also in that year, Ian wrote and sang her first hit single, "Society's Child (Baby I've Been Thinking)", about an interracial romance forbidden by a girl's mother and frowned upon by her peers and teachers; the girl ultimately decides to end the relationship, claiming the social norms of the day have left her no other choice. Produced by George "Shadow" Morton and released three times between 1965 and 1967, "Society's Child" finally became a national hit on its third release, after Leonard Bernstein featured it in a television special: Inside Pop: The Rock Revolution. The song's content was taboo for some radio stations, and they withdrew or banned it from their playlists; in her 2008 autobiography Society's Child, Ian recalls receiving hate mail and death threats as a response to the song, and mentions that a radio station in Atlanta that played it was burned down. In the summer of 1967, "Society's Child" reached number fourteen on the Billboard Hot 100.

Her most successful single in the United States was "At Seventeen", released in 1975, a bittersweet commentary on adolescent cruelty, the illusion of popularity, and teenage angst, as reflected upon from the perspective of a twenty-four-year-old. It reached number three on the Billboard Hot 100 and number one on the Adult Contemporary chart. It won the 1975 Grammy Award for Best Pop Vocal Performance - Female. The song's album, Between the Lines, reached number one on Billboard's Album chart. It was quickly certified gold, and later earned a platinum certification for sales of over a million copies sold in the U.S.

Ian finally became one of the first "indie artists", resurfacing in 1993, with the worldwide release of Breaking Silence and its title song about incest. She also came out as a lesbian with that release. Her most recent album, Folk Is the New Black, was released in 2006; it is the first in over twenty years for which she did all the songwriting herself.

The Light At The End Of The Line

Folk Is The New Black

Live - Working Without A Net CD2

Live - Working Without A Net CD1