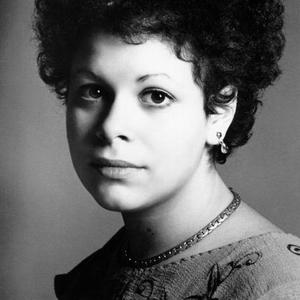 Phoebe Laub (born July 17, 1952 in New York City - died April 26, 2011 in Edison, New Jersey) was a singer-songwriter, who performed under the stage name Phoebe Snow. Career She released an eponymous album, Phoebe Snow, in 1974, that featured the top five hit "Poetry Man." She has continued to release albums sporadically for the next three decades, including Second Childhood (1975), It Looks Like Snow (1976), Never Letting Go (1977), and Against The Grain (1978), all on the Columbia Records label.

She released an eponymous album, Phoebe Snow, in 1974, that featured the top five hit "Poetry Man." She has continued to release albums sporadically for the next three decades, including Second Childhood (1975), It Looks Like Snow (1976), Never Letting Go (1977), and Against The Grain (1978), all on the Columbia Records label. One of President Bill Clinton's favorite vocalists, she performed for the President, Mrs. Clinton and his cabinet at Camp David in 1999.

Phoebe has performed with a Who's Who of prolific artists including Jewel, Donald Fagen, Paul Simon, Billy Joel, Queen, Jackson Browne, Dave Mason, Linda Ronstadt, Bonnie Raitt, Michael McDonald, Boz Scaggs, Cyndi Lauper, Roger Daltry, Chaka Khan, CeCe Peniston, Take 6, Michael Bolton, Thelma Houston, Mavis Staples, Laurie Anderson, and The Sisters of Glory (with whom she performed at the second Woodstock festival), among many, many others. She also sings the title track on the 1997 Laura Nyro tribute album, Time and Love, and recently Phoebe joined the pop group, Zap Mama, who recorded their own version of "Poetry Man," in an impromptu duet on the PBS series, "Sessions At West 54th."

Born Phoebe Ann Laub in New York City, she was raised in a household where Delta blues, Broadway show tunes, Dixieland jazz, classical music and folk music recordings were played around the clock. As a teenager, she carried her prized Martin 00018 ac guitar from club to club around Greenwich Village, playing and singing on amateur nights.

It was at the Bitter End Club in 1972 that a promotions executive for Shelter Records was so taken by the singer that he signed her to the label and produced her first recording. Featuring guest performances by The Persuasions, Zoot Sims, Toddy Wilson, David Bromberg and Dave Mason, Snow album became one of the most acclaimed debut recordings of all time. It spawned the Top 5 hit single, "Poetry Man," winning Snow a Grammy Award nomination for Best New Artist and established her as a formidable singer/songwriter. Platinum records, the cover of Rolling Stone magazine, and legions of fans followed.

In 1992 she toured with Donald Fagen's popular New York Rock And Soul Revue and was featured on the group's album recorded live at the Beacon Theater in New York City. Even when she wasn't recording her own works, Phoebe continued to tour extensively as a solo artist throughout North America, Great Britain, Germany, and the Far East.

The Very Best Of Phoebe Snow

The Best Of Phoebe Snow

Against The Grain (Vinyl)