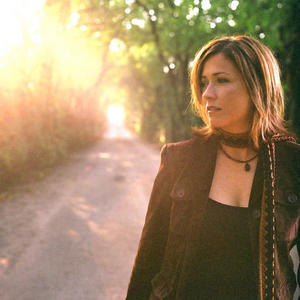 Coming of age to the sounds of Joni Mitchell and Rickie Lee Jones played no small part in the development of April McLean's artistry. Inspired by amazing women such as these, McLean taught herself how to play piano by ear. Soon enough, she was fashioning her own songs as a means of creative expression and emotional escape from a less than bearable home environment. Her disarmingly vulnerable lyrics explore themes of insecurity, empowerment, and healing.

To further her musical talent and familial distance, a 19-year-old McLean attended the Berklee College of Music in Boston. During her time alongside fellow students such as Paula Cole, McLean won a number of songwriting competitions.

Upon her graduation, Nashville looked like a good place to plant some roots and make some inroads. Indeed it was. McLean became a staff writer for Warner/Chappell Music for two years, all the while writing and performing her own work, developing herself as an artist with a stunning voice of her own. Susan Ashton chose one of McLean's tunes for her 1991 debut Wakened by the Wind which was produced by Grammy winner Wayne Kirkpatrick. In 2000, McLean was asked to contribute her song "Inside Out" to The Mercy Project, an album benefiting troubled girls which also featured Amy Grant, Donna Summer, and Martina McBride.

The next year saw the independent release of McLean's debut album. An emotional and melodic triumph, Becoming showcases a brilliant artist who stands shoulder-to-shoulder with Sarah McLachlan, Shawn Colvin, and Jonatha Brooke. Several cuts from Becoming were featured on Felicity, including the radio-ready "Superhero."

Her new release, Darbytown Road, includes standout songs such as ?Everything's Gonna Change? and ?Head Over Heels? which has already been placed in two episodes of the WB show What I Like About You starring Jennie Garth and Amanda Bynes.

McLean's writing continues to mature and evolve, with the contemplations taking on a greater world view. Take this lyric from ?Round and Round?: ?A granite world of fragile flesh and bone, a planet overcrowded and alone, round and round we go. We build our bombs and fend for our own lives, we load our guns and watch our children die, round and round we go. You think we would've learned to love by now, but we killed the ones who tried to teach us how, round and round we go.? The compassion and healing that McLean has achieved on a personal level is now projected outward in stunning fashion. Because of this, Darbytown Road strikes a universal chord and will surely enjoy widespread acclaim. How can it not?