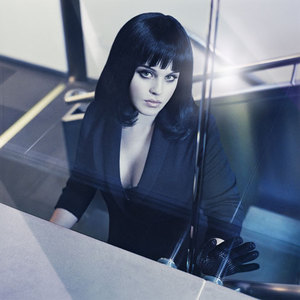 She was thrust into the limelight after appearing on the reality series The Osbournes with her family, for which they won a 2002 Emmy award for Outstanding Reality Programme. She has also appeared on Dancing with the Stars, in which she and professional dance partner Louis van Amstel took third place, and has made forays into music, acting, theater, fashion, writing, radio agony aunt, columnist and television presenting.

Her debut album, Shut Up!, was released in 2002 to moderate American sales, but good European sales, which was debuted with Houston rock band Pure Rubbish at the 2002 MTV Movie Awards. Osbourne's 2002 debut with Epic Records, "Shut Up!", debuted at #1 on Billboard's Heatseekers chart. The album was met with mixed critical reviews and, by May 2003, Osbourne was dropped from Epic Records. By autumn she was on the Sanctuary label, later recording a duet of "Changes" (a Black Sabbath song) with her father. The duet hit #1 on the UK charts. Changes was one of a few tracks to have fallen down the charts (From 1 - 3) whilst selling more copies than the week it reached number 1. Osbourne was the first artist to top all three of the Billboard charts dance surveys in the same week with the "Chris Cox Club Remix" of "One Word". The album "Sleeping In The Nothing" was not without controversy, due to its reportedly heavily-altered album cover, in which Osbourne appeared slimmer, despite her previous assertions of being happy with her size.

During an interview in late 2005, Osbourne denied reports she was ending her music career, saying: "I don't know where the quit rumours came from - I've just recorded a version of "Girls Just Want to Have Fun" with Cyndi Lauper".

Osbourne was forced to back out of her final performance in West End musical Chicago after the 31 October 2007 incident that injured her back. She later went on to win theatre actress of the year at the glamour awards in the UK. On the same night, she attended the Sony Radio Academy Awards, where she was nominated for the Rising Star Award, which she did not win.

Sleeping In The Nothing