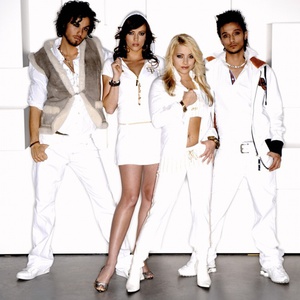 Banaroo is a German pop group, who have had several successful singles in countries including Germany and Switzerland. The group is made up of two males and two females, and their musical style can be compared to that of other successful European groups, such as Alcazar, the Fast Food Rockers and the Vengaboys. Banaroo released their debut single "Dubi Dam Dam" in several countries on June 5 and 6, 2005.

Banaroo released their debut single "Dubi Dam Dam" in several countries on June 5 and 6, 2005. The single achieved huge success, especially in Germany, where it peaked at number two in the chart. An album followed in July, entitled Banaroo's World. The album made #1 in Germany and Austria.

Banaroo's second single, "Space Cowboy", was released across Europe in August 2005. Although it made the German top ten, it was a comparative flop. Their third single, the Christmas song "Coming Home For Christmas", also failed to do as well as previous releases, although it still made the top ten in Germany and Austria.

In December 2005, Banaroo released a second album, Christmas World. The album, despite its name, did not include just Christmas songs. The album debuted at #12 on the German charts on December 9, 2005.