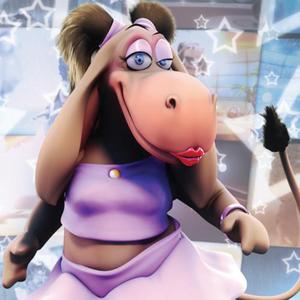 In August 2006, German ringtone provider Jamba! began selling a collection of media based on the Leekspin animation. The video shows an anthropomorphic donkey (called Holly Dolly) dancing to the animation which is displayed (flipped horizontally) in the background. The song/animation is marketed as the "Dolly Song", and the music is played faster than the original Loituma version. It was also given an additional drum part which was not present in the original version.