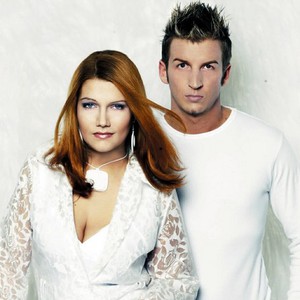 Groove Coverage is a dance and pop band from Ingolstadt, Germany. It was formed in the summer of 2001. The Groove Coverage project consists of Axel Konrad and DJ Novus. The lead singer is named Mell, with a back-up singer named Verena. They have had hits around the world, especially in Europe. They have produced popular remixes of several songs, including "Love is an Angel" by Sylver, "Come With Me" by Special D., and "Love Song" by DJ Cosmo Meets Digital Rockers.

They have released three official albums, Covergirl (2002), 7 Years and 50 Days (2004) and 21st Century (2006). In Canada they have a special SPG Music release entitled Groove Coverage, which includes their greatest hits in Canada.

Their song 'Moonlight Shadow' appeared on the Ministry Of Sound - Annual 2003.

As of 2005, Groove Coverage was working on their third album ''21st Century''. Altogether 4 singles were released from this record, including ''Summer Rain'' which was only a promotional club single.

In November 2007 the band released their ''Greatest Hits'' consisting 2 discs with their best recorded tracks including two brand newly recorded tracks ''Nothing Lasts Forever'' and ''Living On A Prayer''.

In the end of 2009 there were rumours that they were recording a new album which was supposed to be released in Spring 2010, however their potential fourth album has not been released yet. In October 2010 they released a brand new single called ''Innocent'', being a cover of Mike Oldfield's song, following release of ''Angeline'' in April 2011 reaching a peak of DJ Top 100 International.