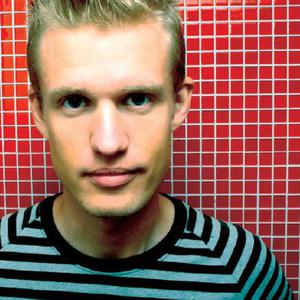 Andreas Hemmeth, aka DJ Encore, first big break came in 2001, after signing a development deal with Sony ATV Music Publishing. One of his compositions was chosen as the official theme to the premiere version of reality show Big Brother Denmark, and within weeks the catchy theme was everywhere. The song ?I See Right Through To You? was an instant mega hit, and Andreas soon signed with Universal Music. He hooked up with co-writing partner Engelina, and created the act DJ Encore (feat.) Engelina.

Their debut single became one of the fastest selling singles in Denmark; achieving double platinum status in a little over 3 weeks and debuting at # 1, where it stayed solid for 6 weeks.

The solid success in their native country quickly caught the ears of other A&R people around the world, and Andreas suddenly saw his debut single getting a firm release commitment in the US and UK. Although ?I See Right Through To You? reached the Top 3 on the U.K. club chart, the U.S. proved to be the scene for the DJ Encore sound. The debut album, Intuition, was released in conjunction with a 28 city U.S. promotional tour, which brought Andreas and Engelina from coast to coast during a 19-week period. The hard work resulted in album sales of more than 125,000 albums sold.

DJ Encore's proven U.S. success quickly saw a huge demand for DJ gigs. This resulted in Andreas spending little over a year traveling numerous times back and forth from Scandinavia to the states to cope with the demand. This sudden success leads to various award-nominations, including several Danish Music Awards, Winter Music Conference Awards among others.

His own little blend of pop with trancy elements and damn good melodies quickly led to remixing songs for other artists. The first two US remixes for bands the ?Frou Frou? and ?RES? both reached the #1 spot on the Billboard Hot Club Play. His remix credits have since then included Lee Ann Rimes, Amber, Berlin and Limp Bizkit. Andreas also got the chance to do his very own mix compilation on Ultra Records. This spawned sales of more than a 125,000 units over the counter, and proved the value of the DJ Encore trademark as one of the most successful compilations on Ultra Records.

Apart from his own career as an artist, remixer and DJ, Andreas has been heavily involved in several other projects, as a producer and writer. He has been working with the princess of Denmark, a Finnish rock power girl band, a Portuguese actor, and the Belgian Idol winner among many others. Today his achievements include 11 platinum and 3 gold awards from various projects around the globe.

The next step in the DJ Encore era is the new album Unique. Andreas has traveled around every corner of the world to co-write the album with different songwriters. But all the production, recording and mixing has been done in Andreas' own studio in Copenhagen, Denmark. The album features a new vocalist, Johanna, from Sweden, and her beautiful voice merges perfectly with Andreas' catchy melodies.