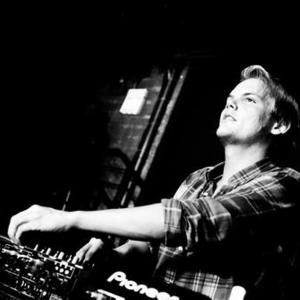 Tim Bergling (born 8 September 1989), known professionally as Avicii, Tom Hangs and Tim Berg, is a Swedish DJ, remixer, and record producer. His single "Bromance" (recorded under the pseudonym Tim Berg, has charted in the top 20 on the national single charts of Belgium, the Netherlands, and his native Sweden. A lyricized version titled "Seek Bromance" was released shortly thereafter, charting on the UK Singles Chart and reaching number one on the international Beatport chart. Other singles include "My Feelings for You," with Sebastien Drums, "Street Dancer," and "Tweet It," among others.

Avici [sic] is kind of like Dante's Inferno ... it's the lowest level of hell in Buddhism. A friend of mine told me about it, and it stuck in my head. I was going to make up a name for my MySpace page for the first time, and I just kind of went for it. I tried a couple of other [names] before, but they were all taken (laughing). I kind of ended up with Avicii, and then I got really attached to it.
?Tim Berg

Without You (Feat. Sandro Cavazza) (CDS)