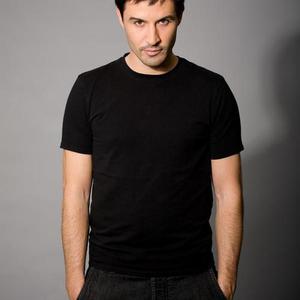 Yves Larock is one of world's most recognised producers and a highly renowned international DJ from Switzerland. Over the past few years Yves has been behind a string of international cross-over hits such as ?Zookey', ?Rise Up' and ?By Your Side'. Taking influence from a wide musical spectrum, Yves unique production style brings together elements of House, Hip-Hop, R&B, Ragga, Reggae and Electro to a devastating effect.

In early 2005 ?Zookey' took the club world by storm. It was a single which went onto sell over 150,000 worldwide and was licensed to numerous labels such as Africanism and Defected. While the success of ?Zookey' catapulted Yves Larock into the consciousness of the dance industry, it was his next single that confirmed his credentials as a producer with widespread commercial appeal. Featuring vocals from Jaba and licensed by a host of international labels including Universal and Ministry Of Sound, ?Rise Up' was released in 2007 and cemented Yves Larock's status amongst the world's elite producers.

In the summer of 2007, ?Rise Up' began rocking dance floors and its potential was quickly recognised as it picked up major radio support from the likes of Kiss FM (UK) and through Pete Tong on Radio One. The commercial response to this early support was phenomenal and demand soared. ?Rise Up' went on to be licensed to 28 labels throughout the world, released in 48 countries and appeared on a large number of high profile compilations. It achieved massive commercial success both in terms of CD sales and Radio Airplay, where it spent over a year on Airplay Charts in territories such as Russia, Canada, Holland, Switzerland and Romania.

In terms of commercial sales, ?Rise Up' hit #1 in Portugal, entered the Top 10 in France, Holland, Belgium, Finland and peaked in the Top 20 in Switzerland and the U.K. Achieving Commercial Chart positions for over a year (Switzerland ? 54 weeks) and high profile synchronisation for movies in Italy and Bollywood, ?Rise Up' was one of the biggest crossover hits of 2007 and was a record that maintained its commercial appeal well into 2008.

In 2008, Yves released his debut artist album called ?Rise Up'. This LP has so far been released in territories such as Switzerland, Romania, Russia and Portugal with release in Italy, Canada, Belgium, Luxembourg, Holland, France and Scandanavia scheluled for 2009. The following single ?Say Yeah', which is taken from the ?Rise Up LP', gained synchronisation on ?Vancanze d'Estate', a major European movie.

As a leading international DJ, Yves Larock has toured the world consistently rocking the world's leading nightclubs and festivals. Touring both independently and with key collaborator, Jaba, Yves has recently played gigs extensively throughout Europe as well as Brazil, Dubai, Morocco, Algeria, Scandanavia. On a recent trip to Lebanon, Yves and Jaba performed at Star Ac which was broadcast to 25,000,000 television viewers throughout the Middle East. Most recently, Yves took in shows in Domingo, Costa Rica, Panama and Puerto Rico as part of a South American tour before touring the U.S.A and Canada.

His latest single 'Listen To The Voice Inside' is a collaboration with Steve Edwards on vocals.