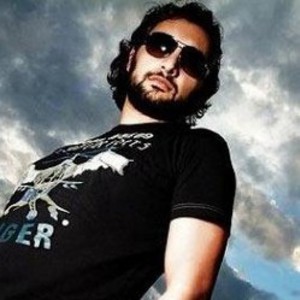 With the arrival of his long-awaited debut disc GET WILD, in North America (Album is scheduled to launch worldwide this summer), revered electronic music trendsetter SHARAM makes his boldest studio statement yet. Counting superstar collaborations with everyone from Kid Cudi and Tommy Lee to Diddyand Daniel Bedingfield, SHARAM's ability to draw such a vast talent pool is as impressive as his longstanding reputation for mesmerizing club crowds from Miami to Ibiza.

?I always believe in moving forward,? says SHARAM, known to many as one-half of the now-on-hiatus Grammy Award winning duo DEEP DISH. ?Whether it's the way I DJ or remix songs to the way I produce, there has to be a constant forward motion. This album was no different. That philosophy--to do something different without losing sight of what I'm known for--is what makes Get Wild what it is. People are always looking for something new from me and I pride myself on pushing the boundaries of dance music and taking my fans on an entertaining musical ride?


The 22 solely produced tracks on Get Wild span the full spectrum of dance music. Take the disc's landmark ?She Came Along,? which meshes elements of Patsy Cline's legendary country song ?Strange? with vocals by hip-hop sensation Kid Cudi, ?This is really, really innovative. I haven't heard anything like it: the Patsy Cline sample and how he blended it together and made it hip-hop too? says Kid Cudi. The end result is a masterpiece already being hailed as one of the most uniquely infectious genre bending songs of 2009 from Mixmag, Vibe magazine and slew of other publications to many of the upper echelon of producers including Kanye West.


?I've always been a huge, huge Patsy Cline fan,? the Washington D.C.-based SHARAM says of the single. ?She's one of a kind. I had the idea to sample her for three years but I was looking to find someone who could match her. After trying different artists Cudi just nailed it, putting a really cool and interesting twist on it. He's an unusually diverse and talented artist, because he's very much a hip-hop fixture, but he understands dance music and is willing to try different things, plus he has an amazing voice. It's a great contrast with Patsy Cline. His singing style and delivery was just perfect.?


SHARAM's broad creative scope has earned him a number of international Top 20 hits, like ?PATT (Party All The Time)? which was in the UK Top 10 for three straight weeks, the Top 20 for eight weeks and the Top 40 for a total of 16 weeks, followed with ?The One?--featuring U.K. pop fixture Daniel Bedingfield--that went on to capture the Top 20 spot in many European markets.


?I get inspired by my environment and I always get hung up on songs and hooks,? SHARAM reveals. ?I don't look at things as cross-over or underground. I don't play that closed-minded game. I come with an idea and see it through, where it lands is totally up to the DJs and the fans.? Sometimes those ideas become underground hits like ?Texi? and ?Crazi.? taking Ibiza clubs by storm, and sometimes they become international chart toppers like ?PATT? and ?The One.?


If it isn't apparent on a track by track basis, Get Wild as a whole is underpinned by a Western theme. From the atmospheric bookends of ?The Wild Theme? and ?Once Upon A Time In The West? to the aforementioned ?She Came Along,? to the extraordinary artwork--which finds the multi-faceted SHARAM fiercely dressed in outlaw cowboy gear and clutching a smoking pistol--the project has a keen presence.


?That's taken at the Melody Ranch in L.A.,? SHARAM says of the cover art. ?It's a set for a lot of Western Movies and recently ?Deadwood?. The whole concept of Get Wild was a take on Spaghetti Westerns, especially those pioneered by Sergio Leone, where everything is super dramatic, sometimes very slow, over the top and extremely cool. I grew up on those movies so the song titles and the photo shoot and the videos for the title track and ?She Came Along? have that Western theme. I'll be incorporating the videos and western themed visuals into my live shows. It's really fun because I was really fond of those movies in my childhood and now I get to have fun with them in my shows.?


If Get Wild's visual imagery is extremely distinct, it's a perfect match for SHARAM, who always aspires to evolve creatively and strengthen dance music's reputation. ?I don't play the trendy game,? he insists. ?I don't care about what's cool or hot today versus what was the thing to like yesterday. I look for quality. First and foremost I'm a music fan and not one genre. The people I've chosen to work with on this album all represent quality in their own right, and they're all innovators in their own worlds. I wanted to align myself with people like that.?

The One (Feat. Daniel Beddingfield) (CDM)

party all the time