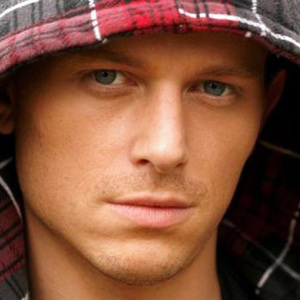 Fedde le Grand stands on the edge of global superstardom. Behind him lies a glittering career that includes worldwide number ones, packed arenas, throbbing dance floors, A-list collaborations and a raft of international awards. Just ahead ? his first studio album called ?Output', setting the pace for what is already shaping up to be a fast track 2009. It could be said that Fedde came out of nowhere, riding off the success of a hit record.

It could be said that Fedde came out of nowhere, riding off the success of a hit record. Well, let's set that record straight ? you couldn't get further away from the truth. The truth is that his parties had been rocking the Netherlands since 2001 when he started to spin at the Danssalon in Eindhoven, one of Holland's finest clubs at those days, on Sundays for more than two years; Sneakerz is his own club night; his label Flamingo Recordings has been pushing its unique sound since 2004; and then in 2006 Put your hands up for Detroit happened.

In fact ?happened' doesn't do what occurred justice ? quite simply, it exploded. The track hit No 1 in the UK, Spain, Russia, Finland and Bulgaria; won Best Underground House Track and Best Breaks/Electro Track at the IMDA 2007, Club Banger Of The Year at the 6th Annual Club Awards in Miami 2008 and secured Fedde the fiercely fought over Best Breakthrough Solo Artist gong at the IMDA 2007.

But though this may have been an impressive ?beginning', it was just that ? a beginning. There was more to come from le Grand and the world was about to sit up and take notice of the Dutchman. Let Me Think About It, The Creeps, Take No Shhhh and 3 Minutes to Explain all followed, setting club-land on fire and stamping Fedde's name all over the global music charts. There was nobody anywhere that fell short of Fedde's magic ? including Grammy Award-winning Black Eyed Peas front man Will.i.am and Madonna. After using Put your hands up to promote her Sticky and Sweet tour, she then personally requested Fedde's remix skills for her global smash hit Give It 2 Me.

There aren't many artists who can top that ? of course Fedde being the exception to almost every rule, he rounded his year off with two mammoth tours of the North American and Australian continents, taking in a grand total of 24 cities, all falling under the Dutchman's spell.

Fedde's debut artist album Output will smash all preconceptions of how just and how high the Dutchman will go. Fedde has drawn inspiration from hip-hop, funk and electronic dance ? and working with Rob Birch (Stereo MCs), Will.i.am, Mr. V (NYC), Luciana, Ida Corr, Camille Jones and Andy & Dorothy Sherman, has produced something that will set the world on fire. A monster of an album, Output, lays waste to the notion of a DJ/producer and introduces the world at large to Fedde the pure artist.

His summer residency at Pacha Ibiza, countless festivals and headline gigs around the world, his Flamingo Nights parties that re-define the ?dance floor experience' ? it all points to just one thing. There is only one name that matters for 2009 ? and that name is Fedde le Grand.

Rhythm Of The Night (CDS)

Where We Belong (The Remixes)