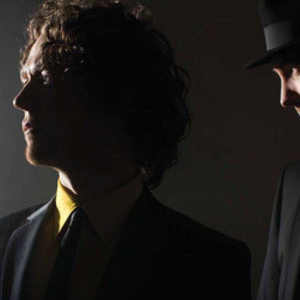 Enur is the duo behind the infectious anthem ?Calabria' that has dominated radio and sales charts and dance floors worldwide for the last 10 months, selling 700,000 copies in the US alone and garnering over 10,000,000 views on YouTube. Comprised of brothers Rune Reilly Kolsch and Johannes Torpe, the pair have built a devoted worldwide following over the last few years, with series of releases spanning multiple genres and pseudonyms.

However, it is under the moniker Enur that the brothers will be releasing their first full-length album, Raggatronic, on Ultra Records, September 9th ? and showcasing their musicality to the masses.

The story of Enur begins in Copenhagen with Rune, one half of the duo and established DJ/producer extraordinaire, who after years producing hip hop beats for, as he sardonically puts it, ?blunt smoking, lazy rappers that never showed up on time for sessions,? decided to channel his expertise into electronic music. The decision immediately proved to be a wise one. In 2000 he teamed up with his brother Johannes and they formed the group Artificial Funk. Their first commercial single ?Together', which was released on Skint/Sony Music UK, sold 250,000 copies, and hit # 1 on the UK dance charts. DJ Mag hailed it one the Top 10 tracks of 2003.

2003 would also be the year that Enur began to take root when Rune and Johannes released the first iteration of ?Calabria' as a fully instrumental piece. The song, with its trademark saxophone riff and hooky, thumping beat, quickly brought them newfound popularity and a deal with Credence/ Parlophone Records. ?Calabria' became a hit in Ibiza, garnering spins from top DJ's and being awarded as one of the top 50 tracks of the year by DJ Mag. The track would ultimately go on to sell over 2 million copies -- not too shabby for a track that, as Rune wryly claims, ?took an hour and half and bottle of Coke to make.?

In spring 2006, the guys decided to remix the track and add a new element: the distinct ragga vocals of Afro-Danish dancehall reggae singer Natasja Saad. The new version of ?Calabria', released under the moniker Enur, was licensed to Ministry of Sound in the UK and subsequently Ultra Records for the US. The new version of ?Calabria' took the world by storm, reaching # 2 on the France singles sales chart and #29 on the European Hot 100 singles chart. When it made its way to US shores it achieved the ultimate hat trick: playlisting on three major radio formats -- Top 40, Dance, and Latin. By late Fall 2007, major radio stations such as Z100 and KTU were charting the track. On January 16, 2008 the song reached #1 on Billboard's Hot Dance Airplay chart and # 17 on the Billboard Hot 100.

The ?seemingly indestructible track,' as hailed by The New York Times, continued to circulate the world, through re-works and remixes by the likes of Alex Gaudino, who remixed for his own European hit ?Destination Calabria feat. Crystal Waters', and Pitbull, who sampled it in ?The Anthem feat. Lil Jon,' and a remix featuring New York rapper MIMS.

The song was also featured in the popular television shows ?Ugly Betty' and ?Nip/Tuck', as well as the Wii videogame ?Namco: We Cheer'. It is presently being used in the national Target Back To School television campaign.

In a sad twist, Ms. Saad tragically died in a car accident in Jamaica in June 2007. ?Her spirit will always live on in the music and hearts of Enur,? states Johannes.

With the success of ?Calabria,' Enur realized their blend of reggae, soca, R&B, and dance music in general had a large audience and their debut album Raggatronic was born. The 10 track album combines their unique production skills with the featured vocals of some of reggae and R&B's most established veterans -- as well as some rising stars. Raggatronic features Beenie Man, Strangeboy (aka Greg Nice of hip hop royalty Nice & Smooth), Natasja Saad, Natalie Storm, Nicki Minaj, and Chopper City Boyz, among others.

The songs on Raggatronic boast a unique sonic juxtaposition of cool Caribbean vibes with the tempo and edge of urban electronic, as showcased on cuts like ?Whine' which features Beenie Man and ?Gwaan' which features rising dancehall starlet Natalie Storm. Ms. Saad lends her distinct Jamaican-style patois to the track ?Bonfire,' while New Orleans rap collective Chopper City Boys bring their flawless Southern flow to the house-breakbeat driven ?Ucci Ucci'.

Enur's live show is equally inimitable. Their performances, which feature Rune on turntables and vocals, Johannes on percussion and drums, and the occasional guest vocalists, have been described as manic, sweaty, exhilarating affairs. Their DJ sets are no less thrilling and have brought them all over the world.

When not busy making or releasing music (Rune and Johannes also have their own electronic and house label, Arti Farti), the brothers spend their time with their other passion and award-winning talent: design. Their design company has offices in Denmark, UK and Italy. Within the last year alone, their design accolades have included restaurants in Beijing to signature travel bags in Italy, mobile phones in Taiwan to Tableware in Scandinavia, furniture in Denmark to the art direction of the Japanese jean brand EVISU. In 2007 they received Royal Danish Design Prize.

While reflecting on the past year's success, and anticipating the release of Raggatronic, Rune and Johannes note ?making hits like Calabria is easy. But making something truly interesting and everlasting? that's our ultimate goal with all of this.? The world excitedly waits.