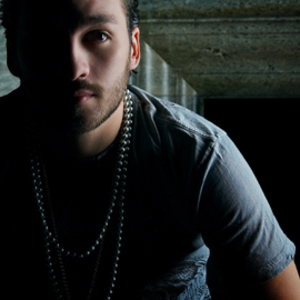 Steve Angello (born Steven Angello Josefsson Fragogiannis in 1982) is a Greek-Swedish DJ, producer, and record label owner. He is part of a three person group dubbed the Swedish House Mafia, alongside Axwell and Sebastian Ingrosso. Angello was born to a Greek father and Swedish mother in Athens, Greece. His father was killed when Steve was a teenager. A life in Stockholm, Sweden and music took the better of him.

Angello was born to a Greek father and Swedish mother in Athens, Greece. His father was killed when Steve was a teenager. A life in Stockholm, Sweden and music took the better of him. He started out as a Turntablist, fusing hip-hop, breakbeats and 70's classics but later moved onto house music, in the club life of Stockholm, together with his best friend Sebastian Ingrosso.

Steve Angello's claim to fame came when he released his remix of Eurythmics "Sweet Dreams" in late 2004. Since then he has exploded onto the house music scene. In 2007 his eternal club banger, a remix of Robin S "Show Me Love" was released on Data records.

Angello produces under several different aliases. On his own, he has called himself Who's Who and released tracks called "Not So Dirty" and "Sexy Fuck". He often works closely with his childhood friend Sebastian Ingrosso on many projects. Aside from DJing together, they have also produced under the names Buy Now, Fireflies, General Moders, Mode Hookers, Outfunk, and The Sinners. Most recently, they released "Bodycrash" under their Buy Now alias, sampling the 1978 disco hit "Let's All Chant" by the Michael Zager Band. The track was first played by Pete Tong on his Radio 1 show in late 2007. Eventually, the Dirty South remix of the tune leaked out onto the Internet in January 2008. The track has since received a much larger release via Positiva Records, also including the Laidback Luke remix.

He has produced with Eric Prydz under the name [artist]A&P Project. Also, he has created a track with his friend Axwell under the name Supermongo, later renamed Supermode. They made a cover of an old Bronski Beat track, calling it Tell Me Why. This was released via Ministry Of Sound's Data records imprint in summer 2006.

Angello's brother, Antoine Josefsson is also a DJ and producer who goes by the alias AN21. Together they have released the tracks Valodja, Flonko & Swing N Swoosh.

As well as releasing tracks through Subliminal, Data records, CR2 and Refune, Steve Angello is owner and founder of Size Records based in Stockholm, Sweden. Through Size he has released singles such as Gypsy, Isabel and Flonko to name a few. Size also represents artists such as Funkagenda, Kim Fai, Veerus, Thomas Gold, Third Party and Maxie Devine.

Be (With Laidback Luke) (CDS)

Groove In You (CDR)