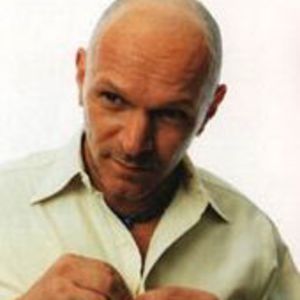 Junior Vasquez, born Donald Mattern in 1949 (some sources say c. 1946) in Lancaster, Pennsylvania, is a famous New York City club DJ and remixer/producer. Career Mattern moved to New York as a young adult in order to pursue a career in music production. His early work, in the 1980s, was under the guidance of notable disco DJ and pop remixer/producer Shep Pettibone. From 1989 to 1995, Vasquez gained national prominence ? along with music industry influence ? through his residency at the original Sound Factory, a club he cofounded at 530 West 27th Street in Manhattan's Chelsea District.

Career
Mattern moved to New York as a young adult in order to pursue a career in music production. His early work, in the 1980s, was under the guidance of notable disco DJ and pop remixer/producer Shep Pettibone.

From 1989 to 1995, Vasquez gained national prominence ? along with music industry influence ? through his residency at the original Sound Factory, a club he cofounded at 530 West 27th Street in Manhattan's Chelsea District. Because of the heavy influence he had over his crowd, Vasquez was able to make or break new releases, and major record labels solicited Junior to craft club-friendly remixes of pop-oriented songs. Junior also created his own "private collection" of remixes of songs he was authorized to remix ? and also for those he wasn't ? that made his sets even more special to his audience.

After the closure of Sound Factory, Vasquez held residencies at the Tunnel, then his Arena party at the Palladium. In 1997, he returned to the Sound Factory's old space, remodeled to include a custom-designed DJ booth for Junior's exclusive use and reopened as Twilo, for a residency that lasted until that club's closure in 2001. Later that year, Vasquez began a new Sunday-morning afterhours residency -- Earth, at Exit Nightclub, that lasted until 2003. In the years that followed, he held shorter-lived residencies at various clubs in New York, including Discotheque (Fridays), Sound Factory (a club on West 46th Street, not to be confused with the "original Sound Factory"; since 2005, it has reopened with the name of Pacha), Spirit (the again-remodeled and reopened space at 530 West 27th Street that was formerly the home of legendary nightclub Twilo), and Roxy NYC. He now holds a small, monthly, Sunday-night residency at Cielo, a small bar located in the West Village section of Manhattan and spins at various other venues in New York and around the world.

In addition to his work as a DJ and remixer, he has co-produced albums for John Mellencamp, For Real, Lisa Lisa, and Cyndi Lauper, among others.


Madonna controversy
Vasquez had a public falling out with Madonna in 1996, after the release of an unauthorized single titled "If Madonna Calls". The original version that Junior plays at clubs contains what is widely believed to be an actual phone message from Madonna left on Junior's answering machine.

The song lyrics are as follows:

(voice recording ostensibly left by Madonna on Junior's answering machine at his home in New York):

"Hello Junior, This is Madonna. Are you there? (short pause) Call me in Miami."
This is follow by the voice of a male that says:

"If Madonna calls, I'm not here"
This is followed by hard tribal rhythms, with the samples of the message still playing in the loop of the track, and the male singer repeating the words shown above. Towards the end of the song, the words change and the male voice then says:

"If Madonna Calls?actually if she calls just disconnect her."

The song reportedly was produced after Madonna failed to show up for a surprise performance at one of Junior's parties held at legendary New York City club "Tunnel" at the last second. Although never confirmed, Madonna did not approve of Junior's actions, ending their professional relationship on bad terms. Chances for a reconciliation are impossible according to Madonna's longtime rep Liz Rosenberg, who in a June 2003 news story in New York Magazine said ?I can assure you that Madonna will never work with Junior again.?

This Joy (With Razor-N-Guido) (VLS)