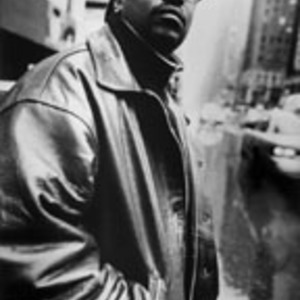 Todd Terry is one of the most legendary house producers of all time, creating a distinctive Todd Terry sound that is instantly recognizable on any dancefloor. From the late '80s, Todd Terry has been producing and performing music, mainly in the more club-oriented style of house music. Classics like Weekend and House Is A Feelin' are known by most lovers of house music and still played by many a DJ worldwide.

Terry's productions can be described as a varied collection of samples blending the sounds of classic disco, the more introspective Chicago sound pioneered earlier in the decade, plus plenty of hip-hop attitude and sampling piracy.[citation needed]

Much of Todd Terry's early work in the late 1980s is considered a milestone in the development of both progressive and modern deep house. Todd Terry has been responsible for releasing two of the most respected crossover remixes of the house era: "I'll House You" by the Jungle Brothers and "Missing" by Everything But the Girl by the mid 1990s.

Among his fans, Todd Terry is known as Todd the God, God Terry, Todd Godrry, Godd Gerry (or, occasionally, simply God, because he might be a Five Percenter, but this is unconfirmed).

Todd's tracks "Something Goin' On'" and "Keep on Jumpin'" were both UK Top-10 hits as well as Us Hot Dance Music/Club Play #1s, with the vocals provided by Jocelyn Brown and Martha Wash. Freestyle diva Shannon was the featured vocalist on the Top Twenty hit "It's over Love" in 1997.

Todd Terry became one of the best-paid DJs in both Europe and the United States. He normally performs on four turntables, mostly playing his own tracks.