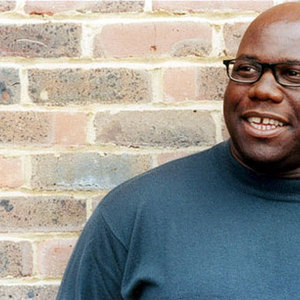 A perennial favorite as the best DJ in the world according to fans as well as the major mixing magazines, Carl Cox has been a part of Britain's dance scene from the heady days of disco through to the global clubland of the new millennium, with temporary pit stops covering hip-hop, the rare groove movement, and the immense rave revolution of the late '80s. That large span of time has undoubtedly affected his choice of records, since Cox routinely detours through breakbeat, Italian house, and the dance mainstream during his usual sets of hard techno.

Perhaps the best testament to his mixing skills is his immense popularity despite his focus on music much more intense than the brand of arena trance spawned by Oakenfold, Sasha, Digweed, and others.

Cox was born in Oldham in 1962, to parents originally from Barbados (they later moved back after he grew up). Cox began DJing family get-togethers at the age of eight, selecting records from his parents' stack of soul 45s. He was buying his own records soon after, and owned his first pair of turntables at the age of 15. The rest of his teens was spent making spare money at any event he could DJ; though Cox studied electrical engineering in college, he quit after six months and began working various jobs until he could become a full-time DJ.

Cox had followed the musical trends from disco to rare groove on to hip-hop during the late '70s and early '80s, but the introduction of house into Britain during the middle part of the decade convinced him that he had found his niche. After moving to Brighton in 1986, his reputation bloomed during the acid house explosion of 1988-1989; Cox played the opening night at Shoom, one of the defining club nights of Britain's house revolution (as well as other legendary hot spots like Land of Oz and Spectrum). In front of 15,000 at the 1989 open-air event Sunrise, he unveiled his use of three decks on the mix; that signature technique built him into one of the top DJs of the late '80s and early '90s.

By 1992 Cox had signed an unheard-of long-term production deal with Paul Oakenfold's Perfecto Records and hit number 23 on the British charts with his debut single, "I Want You (Forever)." His second single, "Does It Feel Good to You," also reached the Top 40, and he quickly diversified by setting up his own record label (Worldwide Ultimatum) and an international DJ agency (Ultimate). The onset of a more hardcore rave sound (and the fact that he was increasingly becoming pigeonholed within it) forced Cox to spend several years reestablishing his niche. In a bit of irony, commercial successes like Cox's own steered him away from high-BPM candy-core and toward the still soulful house and techno scene.

Three years after his hit singles, Cox returned with the first volume in what became a genre-defining mix compilation series, F.A.C.T.: Future Alliance of Communications and Tecknology. After the first volume dropped in 1995, surprisingly high sales figures earned a second two years later (released in America as well). One year later, Cox released his first studio full-length with 1996's At the End of the Clich?. Mix album The Sound of Ultimate B.A.S.E. followed in 1998, with another studio album, Phuture 2000, appearing in 1999. One year later, he released the self-explanatory Mixed Live, recorded at Chicago's Crobar. A second edition of Mixed Live appeared two years later along with the mix CD Global. The DJ's next busy year was 2004 with the Pure Intec mix CD appearing in August and Cox's entry in the Back to Mine series dropping in November. Second Sign appeared in 2006 with new Cox productions and a diverse set of collaborators, including superstar DJ Norman Cook and Detroit techno pioneer Kevin Saunderson. John Bush, All Music Guide

All Roads Lead To The Dancefloor