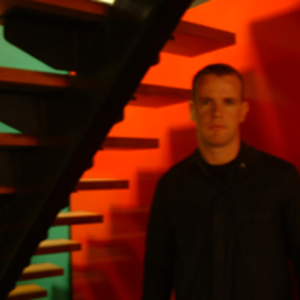 Fans of the mighty Platipus Records will be only too aware of the extensive musical output of top act Art Of Trance (AOT). Since 1993, they've been unearthing gems of unparalleled purity. However, delve a little deeper and be astonished and amazed by just how linked to the label the act really is. For the AOT is none other than Platipus owner and Tai Pan ? Simon Berry From humble beginnings in the English countryside, Simon's attention was turned from agriculture and rolling around in haystacks by the progressive sounds coming from Detroit in the late 80s.

His peers' love of Rock and Indie meant the countryside could offer little in the way of musical stimulation so it was logical for him to get the next tractor out of town. He was London bound?
At the age of 19, Simon hit the big smoke with the sole intention of listening to 24 hour pirate radio stations like Energy & Friends FM. Blagging himself into a job selling advertising space for ?Rave? Magazine, Simon discovered that the nine to five lifestyle was not really conducive to clubbing and music making, so he quit?. after 2 days!?At night, he discovered the legendary clubs, ?Troll? and ?Chemistry? where he heard music that ignited his soul. Hardfloor's seminal classic ?Acperience? blew this country boy's mind and gave rise to Simon's first and foremost recording project. The ?Deeper Than Deep EP? was the first record by Art of Trance and was released on the newly assembled Platipus Records label, set up as a vehicle for his and like-minded others' music. The second release on the label was Poltergeist's ?Vicious Circles?- a secret Simon project. While at the Drum Club one night Simon met Darren Emerson, Charlie Hall and Carl Cox. All asked for new copies of the record having worn out their acetates. Simon was flabbergasted that these DJs he respected were all after his record. Carl Cox loved it so much that he offered to remix the track and it was re-released in early 1995 making number 34 in the UK National charts.
During his earlier ?Hardcore? period he met a young, like-minded musician, Claudio Guisanni, who was recording as one half of Urban Shakedown. Claudio had heard Simon's first track and felt that it was in the same vein as the music he was making at the time. So the two decided to work together and the project name was Union Jack. The first track released under this name was ?Two Full Moons and a Trout? and it was a true amalgamation of the sounds they both had in their hearts.
Art Of Trance debut album ?Wildlife on One' went on to sell over 30,000 copies worldwide. It typifies the real sound of AOT ? earthy and organic with various sounds of nature intrinsically woven into the music. Emotion and humour are two of the ideals that Simon tries to infuse into his music and it's this that sets his sound apart from the rest of the crowd. Art Of Trance is one of the most highly regarded dance acts around and over the years his music has been remixed by such luminaries as Adam Dived, Cygnus X, Capricorn, Circulation, Ferry Corsten, Silvio Ecomo and Man With No Name.
1999 was a very big year for the label, as well as for Art Of Trance. ?Madagascar? was re-released with new remixes by Transa and scene golden boy, Ferry Corsten. It was one of the biggest club records of the year and paved the way nicely for the timely release of the album ?Voice Of Earth?. A beautifully crafted album that conveys character, identity, freshness and stayed true to the vision that Simon founded the label on.
With so many changes in the music business, Platipus has kept up to speed with the ever-evolving dance environment. 2001 opened the doors to a new state of the art studio for Art Of Trance. Adjacent to the Platipus offices, it forged the return to form for AOT with ?Killamanjaro.?
Projects with psychedelic trance don Simon Posford (Hallucinogen) led to the release of ?Love Washes Over.?
2003 kicked off with Art Of Trance reworking several Platipus tracks, including a driving take on John Occlusion's ?Psycho Drums' and his darkly melodic reworking of Jan Johnston's ?Calling Your Name'.
Unearthing new talent is a must for any label mogul. Neo & Farina (favourite of Radio 1s Dave Pearce) and Tony Rapacioli (under numerous aliases Kansai, Praha, Ratio, Rouge and Space Brothers) were nurtured by the AOT svengali. Rapacioli had been duly crowned with two consecutive DJ Mag Sure Player awards ? Kansai's ?Rococo' was hailed as: ?a melodic trance record you can drop anywhere, anytime'.?2004 had produced what most people are referring to as Art Of Trance's defining moment, in the form of Mongoose.
In May 2005, due to public demand Platipus were asked to re-issue the Cygnus X remix of Madagascar & Monsoon ? both of which were out of press for some time. Art Of Trance spent the earlier part of the year compiling & mixing a new series called Tales Of The Unexpected, a whole new chapter in the 12 years young of PLATIPUS RECORDS. As the title states ? this is not what one has come to expect from PLATIPUS. This went on to be a top seller for the label.
The Art Of Chill 2 was compiled by Simon Berry & mixed by soundtrack extraordinaire Jon Hopkins?
2006 saw remixes of the classic Union Jack track ?Two Full Moons & A Trout' as well as collaboration with Transglobal Underground vocalist Natasha Atlas, entitled ?Persia'.?Simon mixed and compiled ?Tales of The Unexpected Chapter 2? and started a new series entitled ?The Big Freeze' which was released in February 2007 to critical acclaim.
The classic albums by Art Of Trance and Union Jack are repackaged and re-released with a host of new mixes including live versions for 2009.
ART OF TRANCE has in the mean re-released the classic Madagascar in March 2009 with new remixes by RICHARD DURAND and PHIL CRAWF followed by a new single SWARM which includes an outstanding remix by TELEFON TEL AVIV.
In 2011, 'The Horn' was the first new release on Simon's new label Porcupine Records. This will be followed by a cover of Vangelis' masterpiece 'Chung Kuo' which will feature remixes by Orkidea, Kaukuta, Dingle, Meanda, Geedel and Catalyst.