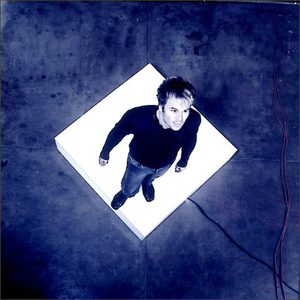 Brian Transeau (born Brian Wayne Transeau on October 4, 1971, in Rockville, Maryland) is an American musician who records under the stage name BT. Classically trained from the age of 13, he attended Berklee College of Music in Boston for one year before dropping out and moving to Los Angeles, California, and then back to Washington, D.C.. From an early age, BT, demonstrated a remarkable aptitude for playing and understanding classical music. He was heavily influenced by avant-garde and romantic composers such as Stravinsky, Bartok, Debussy and Rachmaninov.

From an early age, BT, demonstrated a remarkable aptitude for playing and understanding classical music. He was heavily influenced by avant-garde and romantic composers such as Stravinsky, Bartok, Debussy and Rachmaninov. His biggest influences, however, were from everyday sounds that most would take for granted, from noticing the meter of the grandfather clock in the foyer to the micro-rhythms of crickets and cicadas to the ambience of passing trains at night.

The drive to actualize the tools BT envisions has led to his evolution as one of the most cutting-edge programmers and technologists in music today. He has expanded this reach into a visionary software venture, Sonik Architects which launched its critically- and commercially-acclaimed iPhone application, Sonifi?.

Brian Transeau is the father of a young daughter, Kaia. He lives and composes his works in his Los Angeles home/studio in which he has a few Apple G5's and 8 AMD dual-core Opteron 64-bit desktops which he uses for his techno-wizardry.

BT has 5 albums, 18 film-scores, and dozens of club-hit singles and remixes. His latest album, "This Binary Universe" (released August 29, 2006), was composed in 5.1 surround sound and contains animated videos for each song, presenting a new way of experiencing music.

BT works with multiple computers and the CSound programming language to help craft his work. He also owns a company, Sonik Architects, which develops both VST and VSTi programs which he uses in his own productions.

The Lost Art Of Longing CD2

The Lost Art Of Longing CD1

Everything You're Searching For Is On The Other Side Of Fear

Between Here And You

A Song Across Wires (Extended Versions)

If The Stars Are Eternal So Are You And I