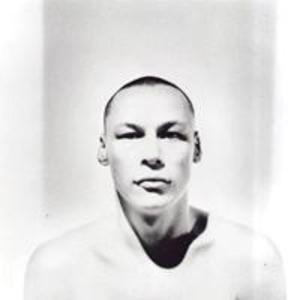 Luke Slater is a very prolific recording artist from the UK working under several pseudonyms making a wide variety of electronic music. His story begins at the Mi Price record store, Croydon, where he worked alongside Colin Dale (no introductions necessary) and Alan Sage (recording partner-to-be) and moved on to Jelly Jam Records of Brighton where his recording career really began. Luke's vinyl debut was unleashed in 1989 under the Translucent moniker entitled "Momentary Vision".

Luke's vinyl debut was unleashed in 1989 under the Translucent moniker entitled "Momentary Vision". Released only as a white label it stood out for the fact that it was Detroit influenced and at the time the dancefloors rocked to the sound of the breakbea(s)t and so was a brave move that did not go unnoticed by the underground record clientele.

After a stream of further 12"s Morganistic was next, a beautifully chilled track, "In The Shadow", released on the obscure UK indie label Irdial. It was the label's most successful release and marked Luke's arrival as a leading light on the then blossoming UK scene alongside Black Dog, A.R.T, AFX Twin and B12. However, it was not until his link-up with Peacefrog in 1993 when Luke began his X-Tront series and his Planetary Assault Systems outputs through which he became widely known and praised for, resulting in Luke being heralded as the UK torchbearer for the Detroit techno sound. Further compounding the fact that Luke had really gained promotion to the Techno premier league.

His regular appearances at legendary clubs such as Fabric in London, Nitsa in Barcelona and Berghain in Berlin retain his superstar status today as a live performer and DJ, delivering five hour sets to sell out crowds.

In 2006, Slater set up Mote-Evolver back in 2006, a label run by himself releasing limited 12" copies for the collector and digital downloads through the Mote-Evolver website.

After a hectic 20 years, Slater slowed down in 2007/2008 in order to rest and focus on next phase in his career. Slater's eagerly anticipated new Planetary Assault Systems album is due for release in 2009.