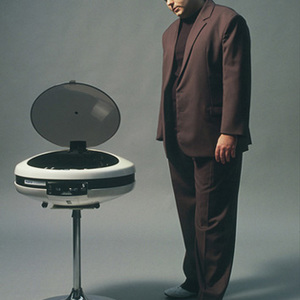 German techno/house musician Ian Pooley (real name Ian Pinnekamp) debuted as half of T'N'I, a duo with dj Thomas "Tonka" Gerlach that released the EP Low Mass (Force Inc, 1991). The two morphed into Space Cube and eventually parted ways. His early singles were collected on the first full-length under his own name, The Times (Force Inc, 1996). Meridian (V2, 1998) was substantially different from the "hard" style that had made his fortune, incorporating elements of pop, disco, soul and even jazz.

Since Then (V2, 2000) turned to samba and bossanova to create a Brazilian saudade-like atmosphere in the dancefloor. Souvenirs (Ministry of Sound, 2004) is bolder but also a bit outdated in its resurrection of disco motifs.

Hmm.... Ian's just one of the best deep house DJs around. His tune selection is just awesome - he's just got it nailed on the beaty but mellow into sexy house tip. His remixes are all phat and you only need to listen to 1 or 2 of his 2007-9 dj mixes to see where he goes over an hour to 90 minutes. I still like the noel nanton remix, but i'm old and boring :) Wish he played a bit more in the UK, but he's pretty much the first DJ I lturn to for quality modern deep house. Lovin' it, good times dude :)